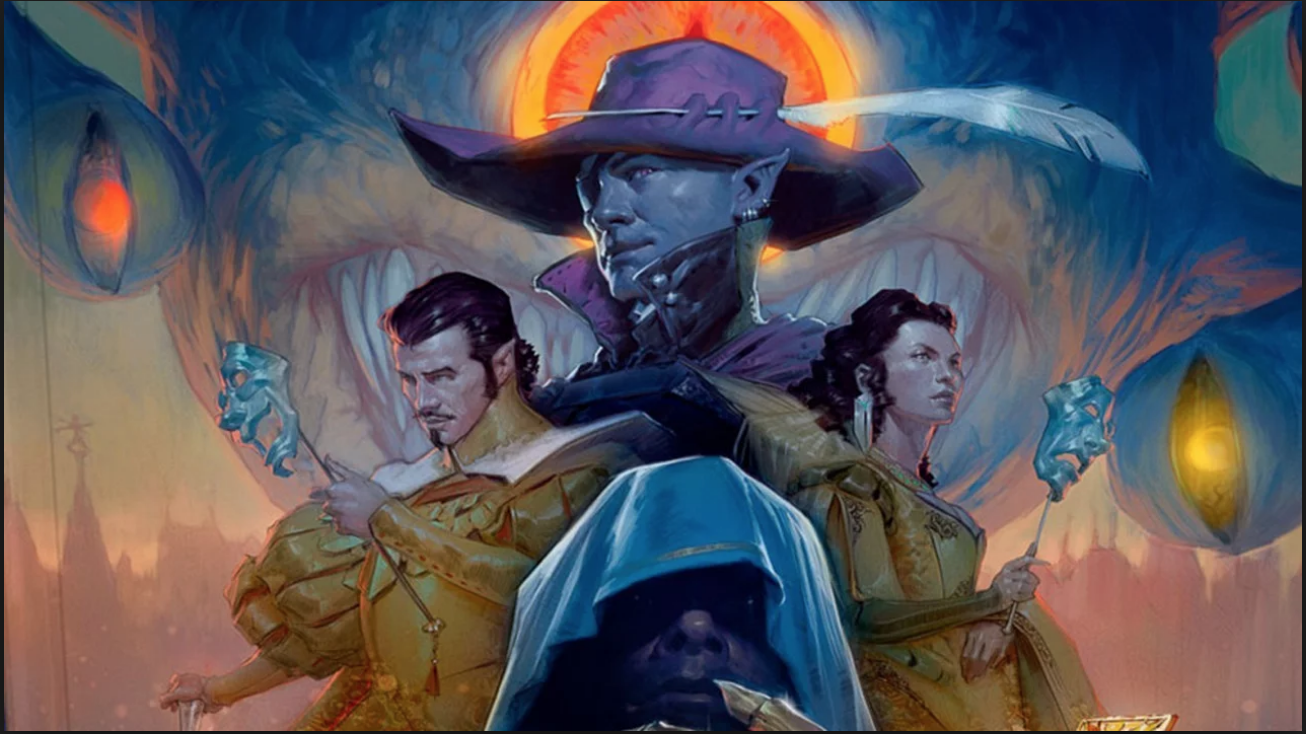 Lillard has been a D&D fan for most of his life. “When you’re a kid, you can only play so many games of football”, he says, so at 8 he and his friend would buy and paint D&D figures to occupy their time. Lillard didn’t play much after a while, but in 1991 he opted to play D&D with his college roommate, rather than attend a Superbowl Party. This lead to a fire-way best friendship, and the brainstorming that eventually gave us Beadle & Grimm. For 2 years the guys considered everything from escape rooms to loot boxes for their business endeavour, before someone suggested they create high end D&D accessories. Lillard recalls agreeing to do that immediately.

After Wizards of the Coast invited them to stream and they ran into Nathan Steward (Brand director and executive producer for Dungeons & Dragons) on a street corner; Lillard pitched the idea, and Stewart responded to the pure intentions and excitement behind the idea.

In case you were wondering what sets this box set apart from other D&D accessory sets, it can be summed up with one word. Quality. Everything in the platinum box set is hand crafted, meaning nothing you get is mass produced. These are specialty items. Lillard compares it to being a Pearl Jam fan and springing for the liner edition, there’s a market for that.

If someone hands you a letter in game, you’re getting a parchment with a handwritten calligraphy level prop. As you might expect, a boxset of this caliber is not cheap. Waterdeep: Dragon Heist Platinum Edition (available for pre-order now and releasing in November) will run you $499 USD. But, as Lillard notes, if you’re splitting the cost among five players, you’re each paying $100 for 18-20 months of gameplay, and the guide is included.

At this point, the interview moved to other things (how he’d been up since 5am for jury duty, he had discovered a mystery 12 foot pole in his yard, etc.). I asked if he had any interest in being involved in the upcoming D&D movie currently in development at Warner Bros., and Lillard emphatically told me he would love to be involved if he could.

“The rise of the geek is real,” says Lillard. He notes that there has been an uprising of geek culture, and the days of being ashamed to be a dork are gone. “There is a real revolution of people not content with looking at a screen all day, leaving more empty than when they began”

Next I asked whether he would consider being involved with James Merendino’s SLC Punk 3, which is said to centre around a modern Stevo (originally played by Matthew in 1998). “Not interested,” says Lillard. “The franchise is on it’s own path. With SLC 2 and the way that went down, it was no bueno, and he knows it. If someone else was doing it, maybe.” So, if you’re like me and spent the last twenty years hoping for the great blue mohawk’s return, well, sorry kids.

Now, this interview was conducted on the day the public learned of Anthony Bourdain’s suicide, immediately after Kate Spade took her own life. It felt irresponsible to not open a discussion about mental health, especially when speaking with an actor so entrenched in his characters, who are often troubled. We spoke about the events, and I asked if he, as someone who has played a fair amount of characters with mental health issues, could offer any advice to those who may be struggling.

“I will happily wear that mantle,” says Lillard. He recognises that people who like D&D, or horror, can sometimes feel like they’re on the outside looking in on society. “You lay your head down at night, and you know if you’re in trouble. But people will help you find the light. It can feel like a spiral, like there’s no way out, but there’s no shame in asking for help.” The first thing he advises is to disconnect from social media. Two years ago on New Year’s Day, Lillard took all social media apps of his phone. This was the result of him realising how “looking at others through a perfect lens” left him feeling empty in his own life. With the apps no longer on his phone, he couldn’t look in as easily. He’s still fairly active on social media, but has established a boundary to keep himself a little more distant.

His second piece of advice is to start working to help others. “We get so myopic. Millions of people need help. It takes the pressure off of being perfect and gives purpose.” We talked more about his aforementioned revolution of people who aren’t content to sit in front of a screen, who want to physically interact with people. It is important to engage without these perfection filters and embrace the flaws that make us human.

“Great things happen when you serve others. Turn off the garbage.”