What does Victorian England, Sophie Lowe and John Lithgow have in common? If you answered, “Wonderland” you are correct.

On October 10th which is a Thursday this year, “Once Upon a Time in Wonderland” will premiere on US channel ABC. It follows Alice (played by Sophie Lowe) as she tells a story of a strange new world that exists called “Wonderland.” A story that has her friends, family and doctors convinced she’s as mad as The Hatter. 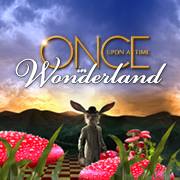 The Knave of Hearts (Michael Socha) and the White Rabbit (John Lithgow) come to her rescue, the trio fall down the rabbit hole once again. It is sure to be “the adventure of a lifetime” while they attempt to save Alice’s long lost love, Cyrus (Peter Gadiot).

As a huge “Anything Alice” fan, I am extremely excited for this series to premier. With John Lithgow as a main character, it is sure to entertain. Since it takes place in the wonderful world of Wonderland, it is sure to be visually and mentally stimulating. I will reserve final judgment on the overall show for after a couple episodes have aired. For now though, I highly recommend that you tune in for this amazing story.

Brittany Thornton aka The Wookie, lives on the majestic islands of Hawaii. A mother of two up and coming geek daughters. A Whovian, a Tolkien lover, a Trekkie and obviously a fan of Star Wars, you'll usually find her on XboxLive, playing Destiny and getting killed... a lot. Want to win her over? Books, bring books. Food helps too.
You might also like
AlicebreakingJohn Lithgow