Science For The Win! 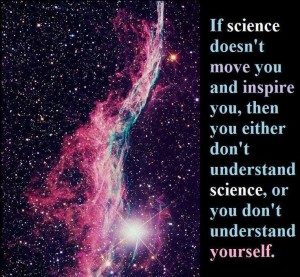 In 2003 the ESA (European Space Agency) launched the satellite Rosetta. Shortly after launch the craft went into “hibernation” to preserve power and resources until it had reached it’s desired orbit. After 11 years the world received a tweet from the satellite itself, it simply said “Hello World.” Back in the control rooms at ESA, it was a little more tense as controllers awaited the much needed information to arrive. Cheers and applause could be heard all throughout the building when the spike in the graphs finally came.

Rosetta will be transmitting information regarding a comet that has been spotted near its current orbit and hopefully answering questions our species have long asked. In a recent press release from the EPA answer the questions the public has about the satellite itself. 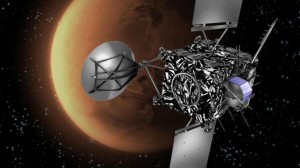 …first, essential health checks on the spacecraft must be completed. Then the eleven instruments on the orbiter and ten on the lander will be turned on and prepared for studying Comet 67P/Churyumov-Gerasimenko.

“We have a busy few months ahead preparing the spacecraft and its instruments for the operational challenges demanded by a lengthy, close-up study of a comet that, until we get there, we know very little about,” says Andrea Accomazzo, ESA’s Rosetta operations manager.

Rosetta’s first images of 67P/Churyumov-Gerasimenko are expected in May, when the spacecraft is still 2 million km from its target. Towards the end of May, the spacecraft will execute a major manoeuvre to line up for its critical rendezvous with the comet in August.

After rendezvous, Rosetta will start with two months of extensive mapping of the comet’s surface, and will also make important measurements of the comet’s gravity, mass and shape, and assess its gaseous, dust-laden atmosphere, or coma. The orbiter will also probe the plasma environment and analyse how it interacts with the Sun’s outer atmosphere, the solar wind.

Using these data, scientists will choose a landing site for the mission’s 100 kg Philae probe. The landing is currently scheduled for 11 November and will be the first time that a landing on a comet has ever been attempted.

In fact, given the almost negligible gravity of the comet’s 4 km-wide nucleus, Philae will have to use ice screws and harpoons to stop it from rebounding back into space after touchdown.

Among its wide range of scientific measurements, Philae will send back a panorama of its surroundings, as well as very high-resolution pictures of the surface. It will also perform an on-the-spot analysis of the composition of the ices and organic material, including drilling down to 23 cm below the surface and feeding samples to Philae’s on-board laboratory for analysis.

The focus of the mission will then move to the ‘escort’ phase, during which Rosetta will stay alongside the comet as it moves closer to the Sun, monitoring the ever-changing conditions on the surface as the comet warms up and its ices sublimate.

The comet will reach its closest distance to the Sun on 13 August 2015 at about 185 million km, roughly between the orbits of Earth and Mars. Rosetta will follow the comet throughout the remainder of 2015, as it heads away from the Sun and activity begins to subside.

“We will face many challenges this year as we explore the unknown territory of comet 67P/Churyumov-Gerasimenko and I’m sure there will be plenty of surprises, but today we are just extremely happy to be back on speaking terms with our spacecraft,” adds Matt Taylor. 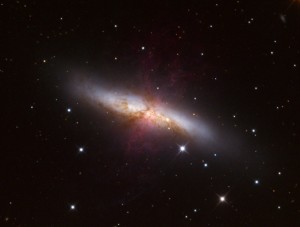 Space has had a lot to offer this week! In the irregular galaxy M82, there is a spectacular supernova that is visible through a telescope and has the astronomy world scrambling. There have been 10 events this year regarding supernovas and this one is absolutely splendid. The beautiful and mind-boggling colours and activity have star gazers and scientists alike, just watching in awe. Currently the spectacle is not visible with the naked eye but it is guessed that you would be able to see it through binoculars in a dark area. There isn’t much to report as of yet, but people are encouraged to follow on Twitter for the latest updates. We aren’t positive on how bright it will get but, it is now at an 11th magnitude and expected to get to 8th. It will be fascinating to follow this development and see where it goes. Maybe a fun date night for the astronomy lover in your life? http://www.slate.com/blogs/bad_astronomy/2014/01/23/supernova_adam_block_photo_of_the_exploding_star_in_m82.html 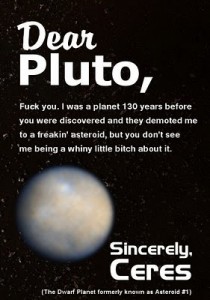 The Herschel Space Telescope has detected water on the dwarf planet Ceres. Scientists have long speculated that the surface of the planet is made up of ice, and it has now been confirmed. Using Herschel, scientists were able to observe readings from the radiation deflecting off  Ceres and found water vapor. It is believed that not only does Ceres have ice, it appears to contain more water Earth itself. I really try to not make this a science class report so as not to bore you wonderful readers so if you are interested in reading more about the classification Ceres and the current research being done on dwarf planets, please follow this link. http://www.iflscience.com/space/herschel-detects-ceres-has-large-amounts-water 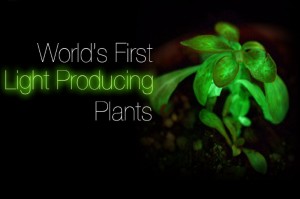 OK,  Idiocracy references aside, we can now get to the awesomeness that is glowing plants. Researchers have developed a plant that actually creates it’s own light and is bright enough to read by. The biotechnology company, Bioglow has engineered these plants called “Starlight Avatar.” The plants use their natural glow for several reasons including scaring off their predators and attracting prey. Bioluminescence can be found naturally in several species including jellyfish, bacteria and insects. If you would like to be one of the first people to own one of these awesome plants, Bioglow will be holding an auction for its first 20 plants. The auctions will start at $1 plus appropriate shipping costs. It won’t cost you anything to sign up but you do need to register with their website. The date has not been set yet but Bioglow will keep you updated via e-mail once you register.

Think our Hawaiian hottie missed any sciencey stuff this week? want to rant about GM plants evntually becoming Triffids? Love space? drop us a comment below on the Geek Pride facebook page or at Twitter on @GeekPride1

Brittany Thornton aka The Wookie, lives on the majestic islands of Hawaii. A mother of two up and coming geek daughters. A Whovian, a Tolkien lover, a Trekkie and obviously a fan of Star Wars, you'll usually find her on XboxLive, playing Destiny and getting killed... a lot. Want to win her over? Books, bring books. Food helps too.
You might also like
breakinglightsscience