previous
Spiel Essen 2013 - The Mecca of Board Gaming!
random
next
RetroN 5 - A 9-in-1 Retro Console Coming Soon

Week 34 was a good week for me in League of Legends, I soared through several games playing as Blitzcrank (or Killcrank as I dubbed his build). I also dipped into Pantheon, Caitlyn and a couple of good games with Miss Fortune where I dominated mid-lane against another Blitzcrank and then Master Yi.

This week has a host of new Champions, some of which I cannot wait to play so without further ado, let’s begin: 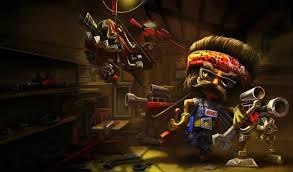 Pros: Easy to farm with due to his turrets

Cons: Quite weak, relies heavily on his turrets

Himerdinger is an Ability Power (AP) Carry Champion, his passive ability that re-generates towers can be extremely useful in tight situations. A well placed turret can also send an enemy jungler back to base quicker than they will have anticipated also. 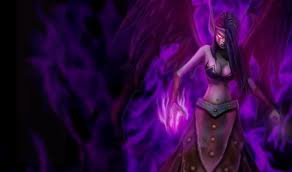 Cons: Hard to Master, Not Mobile

Morgana is a Utility AP Mage, with an Area-of-Effect (AoE) snare and a shield that can ignore a lot of negative effects, such as stun or fear she adds a lot in a team fight. She can be used as a good solo mid-laner but it will take time to truly master this champion, I believe there are easier ones out there this week. 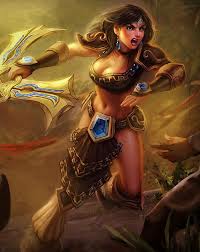 Pros: Mobile and if you can land the spell shield, you can bully the bottom lane

Cons: She falls off in damage later in the game

As an Attack Damage (AD) Carry, you’d expect Sivir to be able to do good damage throughout the game, instead she buffs her team mates, instead of being buffed herself to do more damage. This anomaly aside, she can bully the bottom lane with a good boomerang throw and a decent spell shield that refunds Mana. This means Sivir can spend longer out in the lanes than other Champions. 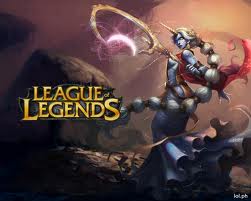 Soraka is a god send in some respects and a nightmare in others. She is only a support character with very little ability to engage an enemy Champion. Though as an AD Support there are few (if any) better than her. With the ability to heal, give mana and even her Ultimate is a team-wide heal she can be a very useful Champion to have on your team. But God help you if your caught short of base with nobody to help you, Soraka only has a ranged spell that damages enemies and reduces their magic resistance but nothing that could save you in close-quarters combat. 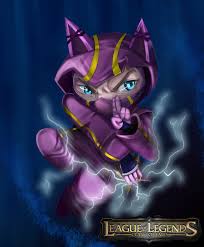 Kennen: The Heart of the Tempest

Kennen can throw a shuriken which he can use to poke back enemy champions and an electro ball, if either of these hit you it puts a stack of lightning on the target, which you can then remove to do damage. Due to this Champion being fairly squishy he is quite difficult to play, it’s all about knowing when to fight and when to flee.

Pros: Very Mobile, Her Spells have no cost

Cons: Susceptible to being counter-jungled early on

Shyvanna is a Champion with very few drawbacks, as all her spells get buffed and have no cost. There is a worry that she will get ‘nerfed’ (made worse) in an upcoming update, but for the moment she is a very good jungler. She’s an AD damage/tank hybrid with a great Ultimate that turns her into a dragon. 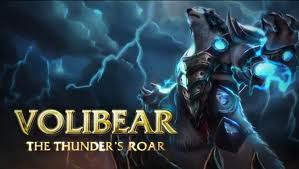 Pros: Very good skill set allowing him to escape or engage on single or multiple foes

Cons: He is susceptible to ranged champions in lane such as Ashe

Volibear is a Melee Fighter Tank, good at engaging enemies and taking damage. In some rare cases I’ve witnessed him playing support but it’s not something I would recommend. However if you do play as Volibear don’t try and solo a lane against a ranged Champion, your going to have a bad time. 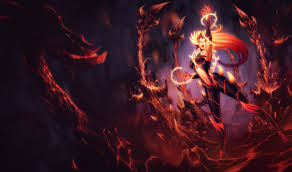 Zyra: Rise of the Thorns

Pros: She has a 20% cooldown reduction naturally

Cons: No escape tool, quite difficult to play properly

Zyra has several good abilities that when strung together can be extremely effective. These include a nice root spell that can be used as a poke (keep enemies at a distance), an Area-Of-Effect knock-up and when she does die you fire a thorn at someone doing more damage. 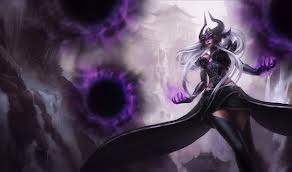 Syndra is a pure AP mid-laner, she summons orbs which you use to damage opponents, and a skillshot stun. Her Ultimate summns 6 orbs which do quite a lot of damage, especially when buffed. 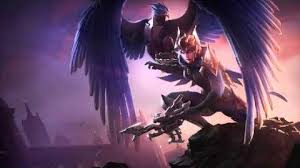 Cons: Lacking in Range for an ADC, Doesn’t scale well

Quinn and Valor are an ADC who is very good at 1 v 1. She has a blind so can trade against most other ADC, her Ultimate is a great chase mechanic giving her melee and movement speed a large boost. This can also be switched to defensive, as a way to make a quick getaway.

I apologise for the lateness of this article, sadly my internet has been down for two days…….I’ve been having LoL withdrawal symptoms, seriously I’ve been twitching and everything. Anyway as always, happy gaming and I’ll see you next week for the next rotation. (Hopefully be able to get the article to you on the Tuesday).

As an aspiring journalist I have found a home here at geek-pride, where I can write upon many subjects. If anybody has something they believe should be reviewed or newsworthy then feel free to send me a message, I always enjoy talking to people.
You might also like
BlitzcrankCaitlynchampions