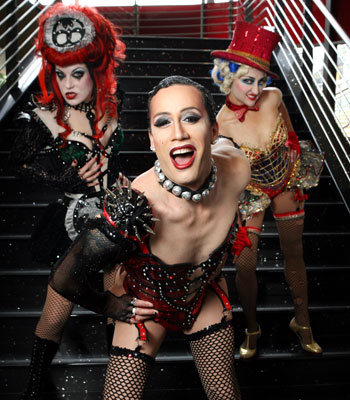 20th July. This date marks something very important in any convention-going geek: my very first cosplay! I have dressed up for an occasion in the past- I went to see Rocky Horror the Theatre show and my friend told me that if I did not dress up she would subsequently not drive me to the hotel we were staying in.

I would share pictures of the glamorous outfit I put together but to be very honest I was over the legal drinking age, and by the time I would let anyone take a picture of me I’d had my fill of cocktails and wasn’t being quite as bashful as I should have been, considering that I was wearing a combination of clothing mainly comprising of a corset and fishnets.

As I am writing this there is about a week and a half to go and the fears have begun to sink in like a deep dark tidal wave of misery. (OTT much?) So yeah, it’s not that bad or that dramatic but I thought it was worth a top five of my cosplay fears. So here goes, I will try to go through these without it being one long boring moan.

In at number five is less of a fear and more of a complaint at part of the community. So, since I started putting my cosplay together I have met 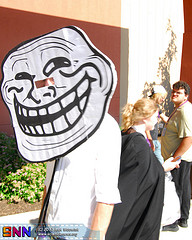 some amazing people who produce some amazing cosplays who are some of the most supportive people I have met. Before beginning my cosplay I literally had a couple of pages liked on Facebook in reference to cosplays, the more I got into the more I started to join groups and such. I am part of three groups, one I don’t really have much activitiy with, one is a lovely group of people and the other, though it has some amazing cosplay posts and some awesome conversation points, there is a lot of ‘trolls’ or I’m gonna jump right in there and say ‘internet bullies’. Now I’m the last to complain about internet trolls, often finding them rather funny and intellectually damaged but the pure volume of trolls and the content of their trolling is way past the point of just sit back and laugh and believing that it is acceptable. But then again I suppose, at what level do we stop just sitting back and accepting internet trolls? This does worry me about the people you will get at cons. Though I have been to cons before I have never been a part of the cosplay culture, so now there’s a niggling feeling at the back of my mind that someone’s going to jump out from behind a bush and start a sarcastic commentary on everything I do…

Also linking in with trolls- because who else would create them? Internet memes. You cannot type cosplay into a search engine without memes popping up or just pure bad photos. I don’t constantly pull my sexy face (don’t even believe that I have a sexy face) so I’m sure my herp-derp face will make it up on Google search at some point with some well thought out and intellectual sarcasm tagged to it…

Heat, at number four, was not even a consideration until this week, for those not in the UK we are having a ridiculous heat wave compared to the normal temperature over here. I recently posted on my Facebook page how I must have been born to be the bastard child of a family in the north. My sole purpose in life to be part of the Night’s Watch living on a giant wall of ice. That would make my life complete. I am not made for heat at all; it’s why I prefer camping up in the Lake District, where it rains every other day. I fully respect these people who go dressed in full suits of armour, fursuits, PVC Catwoman suits… because I literally would not be able to make it through the day without suffering from some kind of heat-related illness. I plan on spending the day huddled in she shadows of my tall boyfriend and my high-heeled friend all day with a mini electric fan pointed permanently at my face- less like a hobbit and more like a current day Gollum would be in that situation. 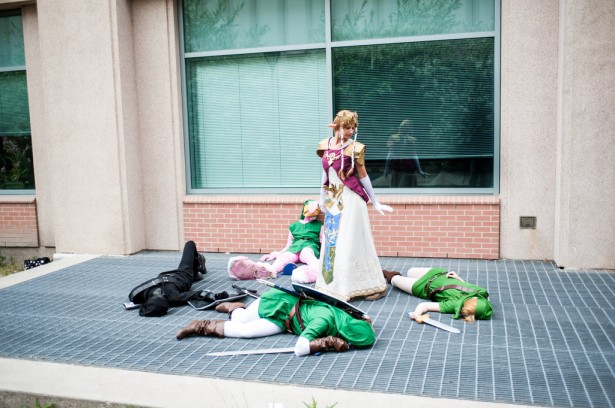 Okay, so being a part of cosplay groups and liking cosplay pages means that people are constantly posting their amazing cosplays; it’s very rare a bad cosplay is posted and if they are they are shot down within seconds. I saw one post the other week from a guy cosplaying Marshall Lee from Adventure Time- for anyone who hasn’t watched Adventure Time (where the hell have you been? Go watch it now!) Marshall Lee is a guitar playing vampire in the Fionna series of episodes. The cosplayer had posted up a picture of the bass that he had made for Marshall Lee’s cosplay. It was absolutely amazing but people started pouncing on him. He had made the bass like a double axe at the end, when Marshall Lee’s guitar had only one axe on the programme… The guy eventually had to take his photo down. 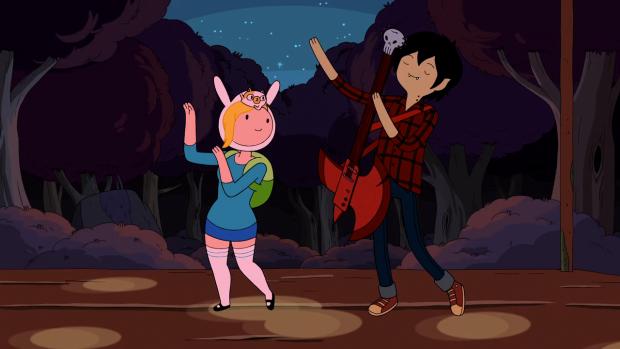 So having ebayed aspects of my outfit, my waistcoat’s not exactly the same as Samwise’s, my shirt won’t be tucked in, my wig isn’t as curly as his, my feet won’t be an exact replica of a hobbit’s because of personal choices, my level of skill at making clothing and financial reasons, so I am now slightly concerned that some far superior Samwise is going to turn up and kick me into the dust. I keep looking at pictures of other hobbit photos and I have to turn my glance away with nausea.

My number two worry is completion! Seriously! I have yet to receive my shirt through the post. I have mahoosive hips so shirts don’t agree with me, the ones I have bought haven’t fitted. I have search charity shops etc. and have found nothing, so my last option was to bid on a shirt about four sizes too big in the hopes it doesn’t hang off me like a sack. (I just need my hips covered damn it!) But this shirt still has not arrived [Update: It has arrived but has sequins on it?!?!?!] and I still have to finish painting up my sword and work out how I am going to make my feet look fuzzy. I need to sew some fancy buttons on my waistcoat and I need to shorten my trousers… I also want to make some lembus bread and a pipe. And then my partner decided only to start on his cosplay at the weekend, so he’ll need his guns finished, his ammo holder thingy making and basically every aspect of his cosplay needs finishing in the next week and a half… So finishing both cosplays is a terrifying thought… 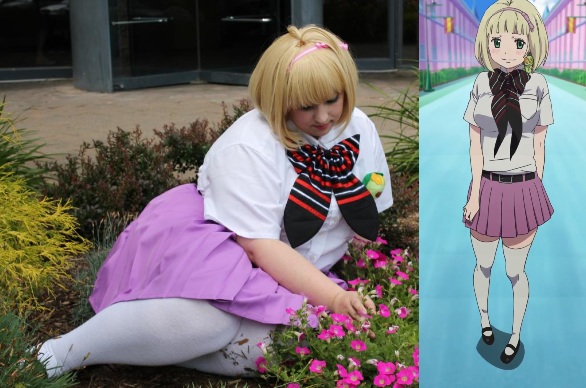 My number one fear… and it feels really cliché… is my weight. I am a big girl. Like I said previously my hips are huge and I don’t really feel comfortable in whatever I wear, I am always worried that some lump or bump is showing or my double chin is incredibly noticeable, that my shirts are riding up over my hips. I get the idea from some cosplayers, especially (I hate to say it guys) but mainly though not contained to males, that big girls should not be allowed to cosplay. I sometimes get the impression that bigger girls are seen to ruin the original slim figured character. There is a lot of fat bashing on the internet. I myself wonder if I am able to do a character justice by cosplaying them, not because of my talent in cosplaying but because of my size. And that really does make me sad. So long as you dress for your body size everyone should be allowed to cosplay and feel confident in your cosplay!

So, I hope that wasn’t too difficult to get through. The positives of cosplay far outweigh the negatives, or else I wouldn’t be doing it! I have met tons of new friends, people genuinely excited to meet you, some inexplicably talented people who I am in awe of. If I can get past all the things that could stop me from cosplaying such as the trolls, the perfectionists, the last minute preparations and the self-confidence issues anyone can! I recommend finding friends in the communities, people who share your passion. Search Tumblr or Facebook pages dedicated to your body shape or budget, look at easy handmade tutorials and just enjoy it! I have enjoyed putting my cosplay together. It has been stressful and at times difficult (like when I finish writing this I am cutting sequins off of a shirt…) but I am sure I will have a fun day and most importantly I will get amazingly drunk afterwards!

Anyone attending MCM Manchester have a boisterous day! (Podcasters will see what I have done there!) 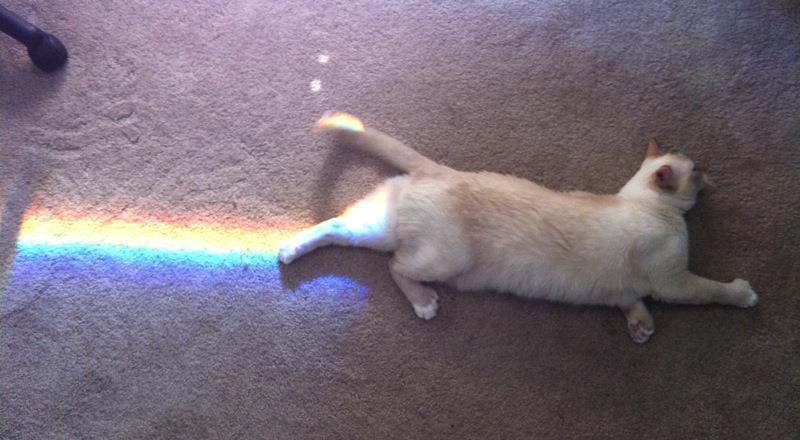