Hip-hop is a total artistic culture. It has art (graffiti), music (rap, scratch), dance (breaking, jookin) and fashion. Hip-hop also started out as an underdog part of American culture; a small marginal interest that didn’t initially draw mass appeal. Now hip-hop pervades pop culture and mainstream entertainment. This path finds a neat parallel in the relatively recent acceptance and celebration of geek culture. Geekdom is developing its own total artistic culture, from fan films to cosplay fashion to nerdcore music.

2 Mello is a mashup artist that mixes the two worlds of hip-hop and geekdom together. He is part of the non-profit Scrub Club Records music family. His previous album, “Chrono Jigga,” made its rounds in the nerdcore mashup community starting last March. The new album marries the rhymes of Nas with the music of Castlevania. “Nastlevania” promises to bring hip-hop and geekdom together again with its 18th July release. I had the opportunity to sit down with 2 Mello and get his thoughts about these two worlds colliding.

Nastlevania is your follow-up to Chrono Jigga. How would you say you’ve grown since your first album?

My sample library has grown, so in that sense I’ve literally grown. By samples, I mean the pre-recorded instruments that I use to layer over the mashed-up songs and create a fuller experience. Besides that, I’ve matured in the way I think about how the moods of the songs I’m mashing may sync up or clash. With Chrono Jigga, I was throwing the songs together with less thought and more feeling. With Nastlevania, I was more calculating. I also gained a more nuanced understanding of how to modify the pitch and speed of two tracks cleanly, and I have been able to make a more technically precise and thoughtful mashup.

What made you pair Nas with Castlevania? What about their respective aesthetics do you feel are so complimentary?

When I listen to Nas, I feel that he is always in a battle against something, whether it be politics, the police force, violence, drug culture or the temptations of life as a prosperous musician — he even battles with himself at times. He has such a warrior’s voice. With Chrono Jigga, my alternate reality was that Jay-Z was actually a geek, had been all along, and is now showing us how much of one he is by sampling video games for his album. With Nastlevania, I am imagining Nas as a member of the Belmont bloodline, that long line of warriors that are bound to defeat Dracula in the game series. This lineage is what gives him his powerful voice. Every Castlevania song is very triumphant, and any fan of the series can attest to the fact that nothing feels more empowering than rushing through the halls of the castle, whipping monsters, and riding on the wings of the pumping soundtracks. I thought that by combining Nas’ vicious energy with these warriors’ themes, the listener would really feel like they were hearing [Nas] as he made his way through Dracula’s Castle, which is exactly what he is going to do in my narrative.

How would you describe your music to a geek that’s not really into hip-hop or mashups?

I’d tell them that I am a hip-hop artist who loves video games. I am reinterpreting the music of some of my favorite games into an art form that allows me to combine two songs and make both of them seem better or different by doing so. I am taking video game music and showing it to listeners through a hip-hop tinted lens, while vice-versa, getting hip-hop listeners to admit they can be geeky and still true.

Do you find there’s been resistance to hip-hop on the part of the geek audience?

Definitely. Check the comments on my first posting on Kotaku to see the proof! Typically, geeks aren’t into hip-hop. This may be because it has been one of the most popular genres of music throughout their lives and they’ve wanted to be different. This is probably because the most heard styles of hip-hop are almost never the classiest or more intelligent and respectful. 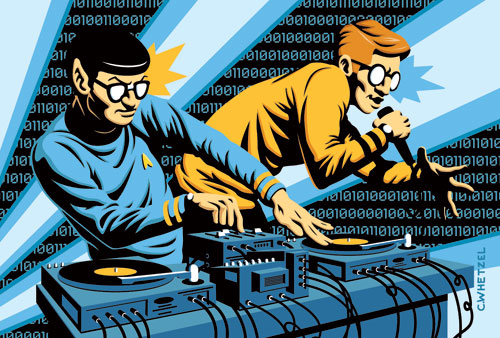 Sometimes, I have also run into guys who are die-hard against anything being mixed into their favorite soundtracks. I’ve also often received messages from people who “wanted to hate” my work or “don’t usually listen to hip-hop” but found themselves getting majorly into it. Even when the fans politely asked for an instrumental version without hip-hop vocals, I feel it is a victory for hip-hop.

When we were emailing to set up this interview, you mentioned that you went on a bit of a journey through the history of hip-hop. Did you find a healthy presence of the geeky during your exploration into that history?

Yes and no. There has been a history of hip-hop artists having sampled or mentioned video games, but it’s not quite a rich history. Most of it is probably due to video games and hip-hop emerging around about the same time, and most rappers likely had a console at home. As far as other outlets of geekdom, literature, and film, there isn’t usually much but for the passing reference to a film or book that was ‘trending’ at the time. The ideal for most of rap history was that you couldn’t afford to lose your cool or your focus at any time or you’d get jumped on or ignored. 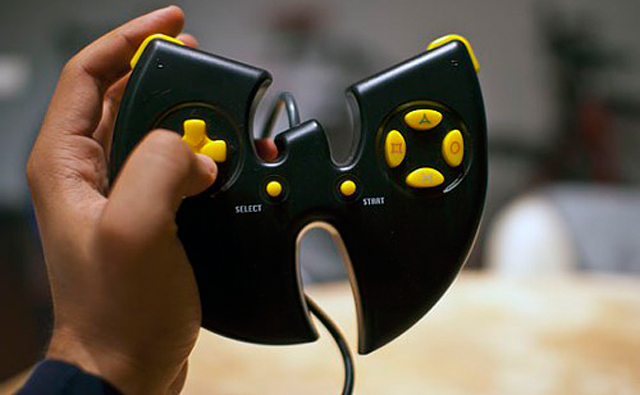 However, Wu-Tang Clan came along with one of the geekiest things you can have- an obsession with Asian culture. They made it marketable and desirable to people who would have never thought so. Countless comic book, martial arts film, and videogame references can be found in the Wu-Tang Clan’s lyrics. I would recommend them as a starter for a geek wanting to get into hip hop. A lot of rappers are also closet nerds. Eminem is one of the top scoring Donkey Kong players worldwide.

How long have you been associated with Scrub Club Records? How would you describe that family of artists?

I have been associated with Scrub Club Records for just a little over a year now. They are some of the purest musicians I have ever worked with. They aren’t worried about record sales, or greedy for social network presence, or [getting] clicks. In fact, everything released on the label is not-for-profit and free to download, so when a Scrub Club artist is performing or producing, he or she is doing it simply for the music. It’s a really interesting thing to see, and besides having such a strong ideal, they are also some of the friendliest people I’ve met. 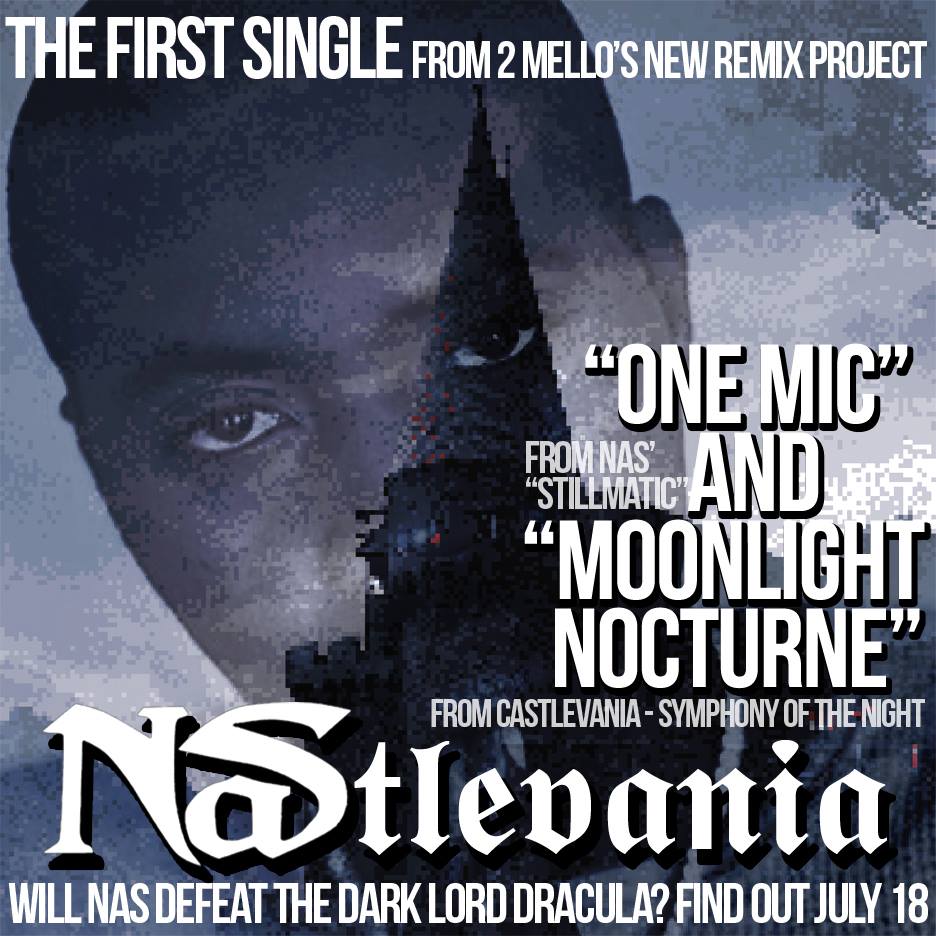 I have to give a shout-out to my label head, Madhatter McGinnis. He is responsible for hand-picking the best unsigned artists in geek music, uniting these artists under a single label, and letting me be one of them. There are a lot of shifting cliques in ‘nerdcore’ music and I’m proud to say that Scrub Club is the longest-standing group of them all.

How would you define nerdcore music and what direction do you think things are moving in? What are you most excited about in contemporary nerdcore music?

Nerdcore music is a really interesting sect [of music] because it is still quite young and it could really go in any direction from here. It’s less than ten years old under that official name, though there have been geeky musicians since there were things to geek out about. Really, I am no historian of nerdcore music because I only discovered it with my induction to Scrub Club Records, but I have been exploring it bit by bit since then.

Nerdcore music is any music built around unabashed nerddom expressed through tunes, whether you’re covering videogame songs, rapping and singing while namedropping your favorite fandom, or reimagining your favorite geek stories in concept albums. The most exciting thing about contemporary nerdcore music kind of ties into that last bit, actually. Nerdcore is such a wide umbrella -it covers every genre from electronic, pop, rock and hip-hop, even smooth jazz- and artists from different genres are getting to know each other under that umbrella. 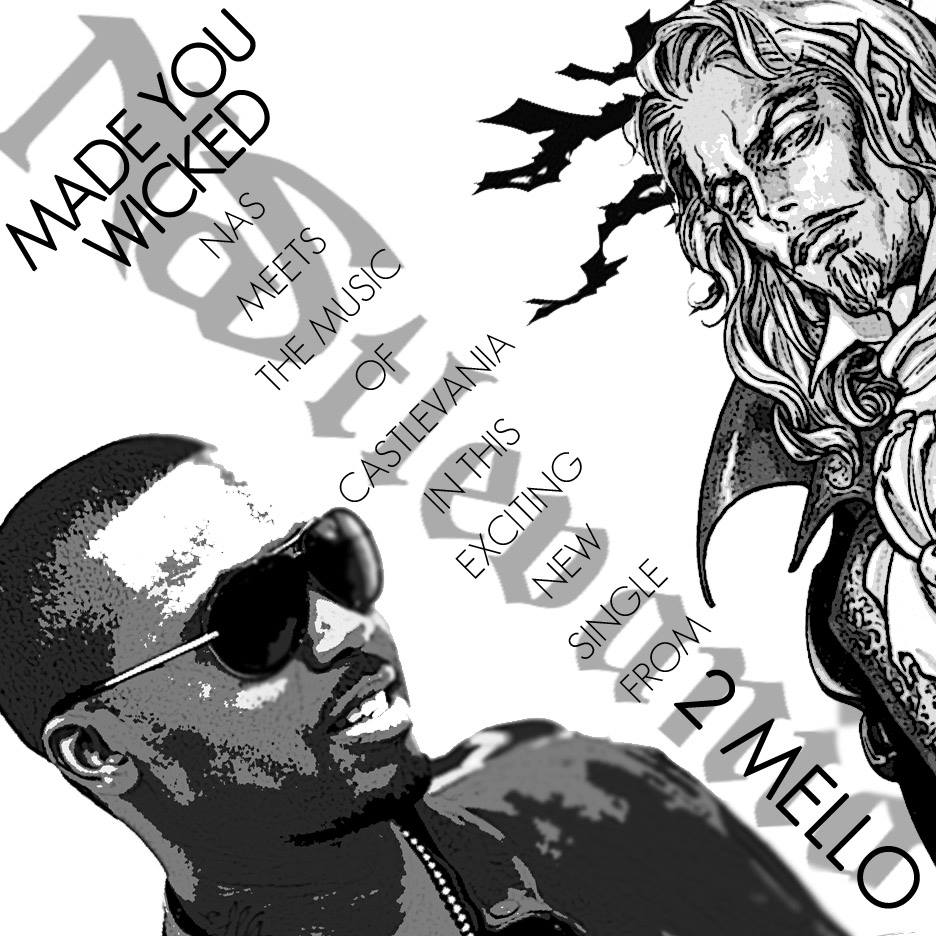 You have geeky rappers working with geeky orchestras. Geeky electronic producers working with geeky rock bands. These types of genre crossovers will produce the uniqueness that will keep music original while pushing into the future. Nerdcore also tries to mostly ignore what the mainstream is doing, which is likely one of the most refreshing things for new listeners.

What kind of a cross-pollination of this sort can we hope to see with your music?

I am not officially working on this yet, but eventually, I would like to take musicians of every type, from every genre background, that are fans of my work -keyboardists, horn players, guitarists, percussionists, cello and violin players- and recruit them to help me arrange a massive collaboration over the internet. [It would be] a type of artificial band I [would] use to help me cover my all-time favorite video game songs. This will be branching out for me because hip-hop typically uses full songs as samples rather than individual instruments. It would also be different for my collaborators in that they’ll be asked to paint on a rap beat canvas, which can require a much different feel and groove.

I would LOVE to see that! You hear that internet, 2 Mello needs your help! Let GP know from time to time how things develop on that front. Now we’re going to finish out with a little fun. I’m going to ask you five rapid-fire first-thing-that-comes-to-your-mind open-ended type of questions. You ready to do this? 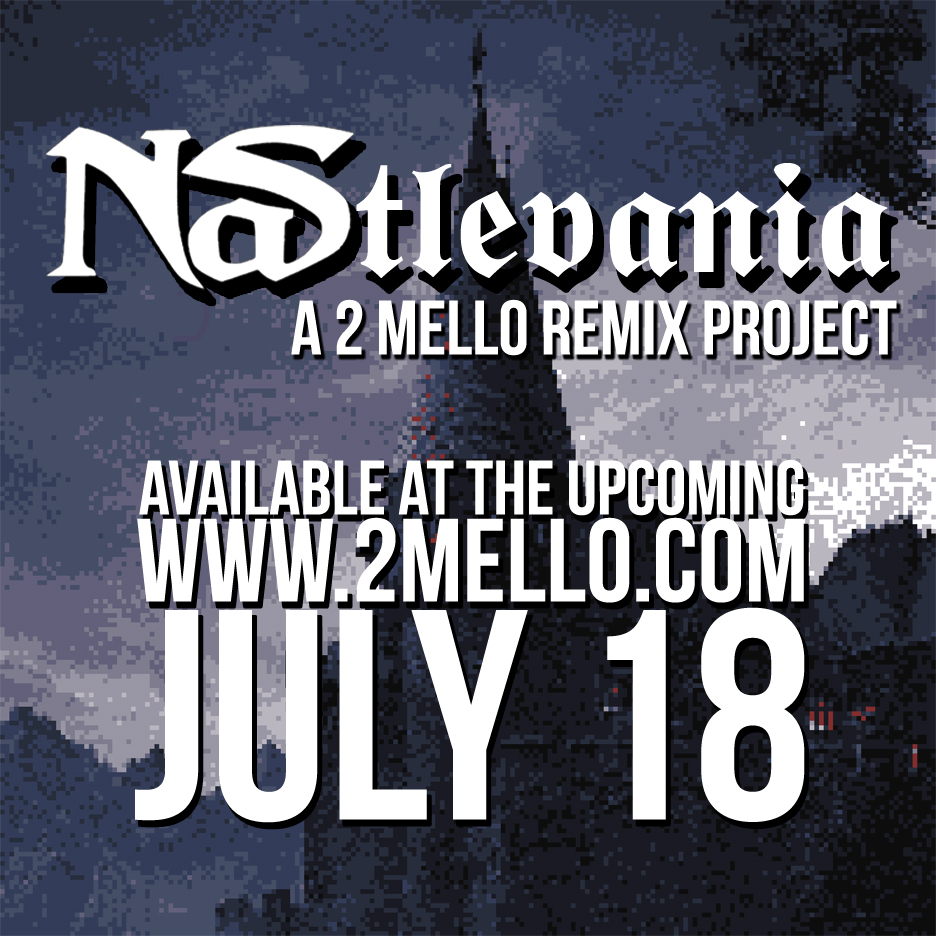 The easiest? Making up ideas for projects. The average musician probably has ten projects they were going to do for every one you actually hear.

What’s the most difficult?

Sending something to be finally published. By the end of making an album, I usually feel a bit tired of what I hear, having heard it over and over in long sessions by that point. I feel that I must add something new -even if it is not needed- just for myself. But you have to let it go.

Knowing that you can do something but not being able to for some reason that’s throwing you off. This could be a mental or creative block, or being too tired, or not having time to sit down and get work in.

What’s the most beautiful?

Watching someone else enjoy something you made. Something that you sat up with at night agonizing over; wondering if you were the only one who thought it could be appreciated.

Zombie apocalypse. Weapon of choice. Why?

Garden hoe with sharpened edges. It has reach, is built to penetrate hard surfaces, has great leverage, it can be used to push or pull, and you don’t need to reload.

If someone wanted to get your album, learn more about your music, or what you’re up to, where should they go?

From my bandcamp, you will be able to access my main website, my albums and my Facebook page, which is highly recommended as that is where you can get the newest updates and exclusive peeks.

Thanks so much for your time Mello. Everyone at GP is really looking forward to the album dropping. Cheers!

Thanks so much, guys!