A Matter Of Con-ventional Respect 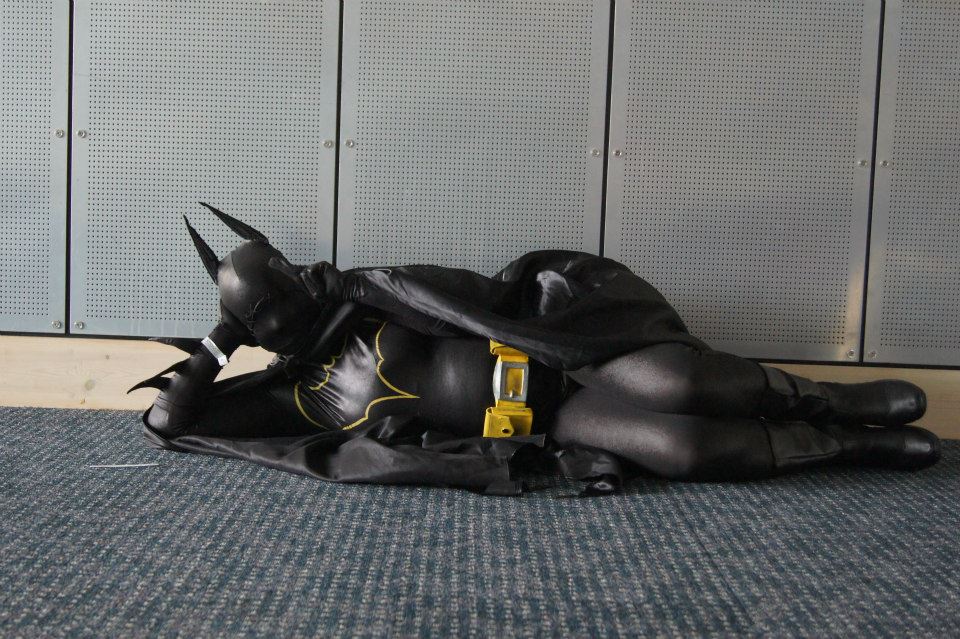 These are four things I feel at nearly every convention I ever attend – sometimes fleetingly, and others far more prominently. Don’t get me wrong I love my far from conventional outings into the Expo scene, or running around Ayacon or LFCC. However beneath the buzz of excitement and that moment of elated glee I have at being able to see old friends for a few short days, more often than not there’s a cloud there too – a dark feeling of sudden apprehension that tears right through my gut at the thought of showcasing a costume.

For the most part I attend conventions for the cosplay, despite not being very good at it. I like the moment of sheer liberation putting a costume on gives you. I like that sudden moment of anonymity when for a few hours, you don’t have to be yourself anymore. You don’t have to be weighed down by the worries of work, or real life and you don’t have to pretend that you’re something you’re not. Because for that brief interval of time you spend portraying one of your idols and mingling with others geeks, you really are someone else and breathing life into a character.

For me, that’s what Cosplay is. It’s not about perfection, or this barely obtainable standard of beauty – it’s simply about having fun and unburdening yourself from a few of life’s hassles, however briefly it may be.

Don’t get me wrong, my hat goes off to the creative geniuses that manage to personify glory in their costumes. The people that make art jump off the page, or recreate movie-esque costumes to further the mystique and appeal created by the respective series. This in itself is an art form, it’s pure, and majestic really – full of a great deal of skill and respect.

The same can be said for the drop-dead-gorgeous women who bedeck themselves in costumes and brave scrutinising glances or the handsome and well built men who wade in, like true costumed heroes to bring joy to the masses.

But what about the rest of us hmm? Where’s the nod of recognition for people trying so damned hard to have a laugh? Where’s the respect and acknowledgement for the brave and well meaning individuals that aren’t trying to vye for a sex appeal vote, or to win the award for the greatest craftsmanship? What makes us any less deserving of the same simple courtesies afforded to the rest of the human population? A costume doesn’t strip you of your humanity, and nor should it somehow act as a homing beacon to suddenly attract wave upon wave of hatred, and yet that’s exactly what it does.

Every year, it’s always the same. You go to a con, you have oodles of glorious fun, the event comes to a close and you go home and wait for the photos to start circulating. For me, that’s when I usually sit and hide behind a cushion cringing and hoping to god I’ve managed to commando roll out of the way of enough images to avoid making an impression.

I’m not photogenic. I’m not attractive, and for the most part I’m proud to say I’m quintessentially average by all accounts. This suits me just fine – I’ve had twenty two years to come to terms with who I am.

Despite that degree of self-assurance and respect I have for my flaws, I still can’t help but feel the severity of venom’s bite when the comments start rolling in on a photo or two.

‘You’re too fat to be wearing that.”

‘Oh god, those scars are horrible and ruin the costume.’

‘I’d have thrown her to the snakes.’

Whatever happened to the old addage; if you can’t say something nice, don’t say anything at all? Just because an image is there, doesn’t mean it’s okay to start criticising it, with snide, or sometimes backhanded remarks. For me personally, I’m well aware of my flaws and don’t need reminding. I think the same can be safely said for others that receive the same degree of remark. I have met so many wonderful people, that have gorgeous, spectacularly detailed costumes, only to see them torn apart, vilified and brutalised for the most idiotic of things, to the point where they don’t want to bother costuming anymore. They don’t want to become the victim of a troll’s tirade, and I think that’s a shame.

Why should people be compared to others? Why should they be judged on their demerits, rather than her achievements and skills? Why the hell should they be judged at all for that matter? The cosplay isn’t consent campaign nailed it on the head a while ago, when it came to regarding sexism in the cosplay circuit. Dressing a certain way, doesn’t make it okay to objectify or sexualise someone. But by the sake token, nor does it make it okay to start spewing malice and condescending lunacy all over the internet either. It needs to stop and it needs to change, right now. 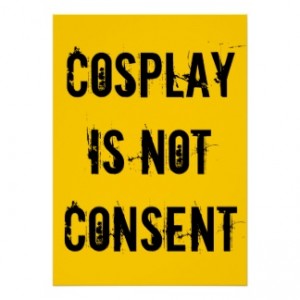 I could easily stop costuming. Instead, I could go to a cosplay convention and simply photograph and churn out print articles, and I wouldn’t mind in the slightest, because I’d avoid that terrifying moment of dread and self-disgust when I realise I’m the walking epitome of imperfection that is so often pointed out to me.

But the point is I shouldn’t have to, and nor should anyone else. If I enjoy myself, what business is it of anyone else to scrutinise and criticise? If someone wants to go and get dressed up, let them. If they want to enjoy themselves and have fun through this medium, let them do that too.

A respectful human being would find a way to comment on something in a positive manner. Maybe on the colour scheme, the construction, the mannerisms or effort involved. Just little things that save someone from having to feel inadequate, by being compared (either by themselves or others) to another incarnation of the same costume.

Respect isn’t optional, it’s a right. We aren’t animals – we’re human beings, and it’s about time we started damn-well acting like it. We need to be there for each other stop turning the entire social stratosphere into an elitist circle or complicated bitch-fest. And hell, start doing what cosplay was intended for in the first place: uniting freedom and fun in one neat little package of geekdom.