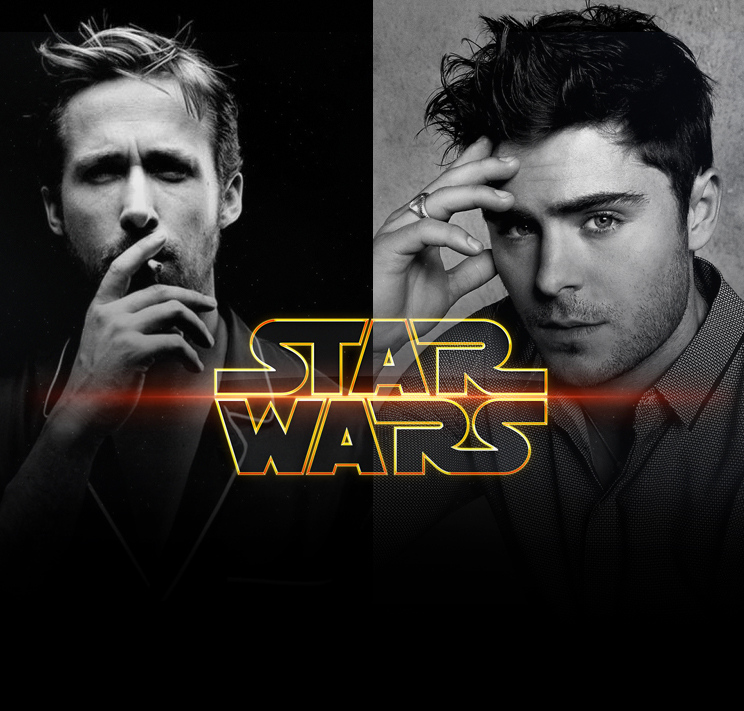 The Star Wars franchise rumour mill continues,  Latino Review have claimed that Gosling and Efron recently met with Disney executives to discuss the prospect of being cast; and to be on the shortlist of those to be considered for roles within Star Wars Episode VII. It is rumoured that Gosling will be taking on the role of Luke Skywalker’s son, there has been no speculations as of yet who Efron’s potential role could be

There is not much more to report on this speculation at the moment, as that is all it is. However, that being said, Latino Review have been correct in the past with their speculations; namely how Harrison Ford would be reprising his role as Han Solo.

I am Lady Noctis *waves* a small vertically challenged lady with a big heart, a penchant for comic books, and a small obsession with a character known as Harley Quinn I'm a part-time model, freelance illustrator, full-time geek and cosplayer. "I'm just another dreamer running around in a cape playing superheroes… ok, truth. I'm an aspiring illustrator who also likes to play dress up."
You might also like
breakingCult CinemaHarrison Ford