At a cinema in Shanghai instead of using an official poster to promote the new Thor film (Thor: The Dark World), they instead ended up with a fan-made photo-shopped poster causing much amusement among fans and geeks alike. 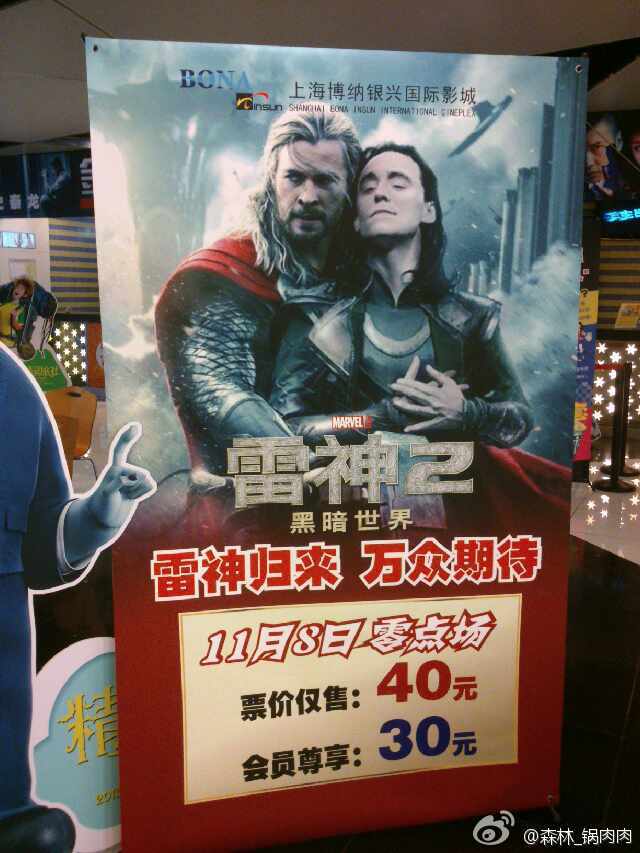 The poster, believed to be a fan’s Photoshop creation, shows the brothers in a titanic style embrace looking very happy together. In a recent London interview Chris Hemsworth did have this to say. ‘From the beginning we were lucky, We just had a chemistry and the same kind of enthusiasm.’

Could this all just be a sneak peek at Thor 3? The brothers re-united in a romantic comedy, it could work.

As an aspiring journalist I have found a home here at geek-pride, where I can write upon many subjects. If anybody has something they believe should be reviewed or newsworthy then feel free to send me a message, I always enjoy talking to people.
You might also like
breakingChris HemsworthFilm