Netflix, not content with reviving cult show Arrested Development, and Marvel, not content with their ambitious movie universe, have teamed up to produce the world’s loudest fangasm: four shows revolving round Daredevil, Jessica Jones, Luke Cage and Iron Fist, to eventually culminate in a Defenders mini-series that will bring the four together. According to Marvel:
..the epic will unfold over multiple years of original programming, taking Netflix members deep into the gritty world of heroes and villains of Hell’s Kitchen, New York.  Netflix has committed to a minimum of four, thirteen episodes series and a culminating Marvel’s “The Defenders” mini-series event that reimagines a dream team of self-sacrificing, heroic characters. 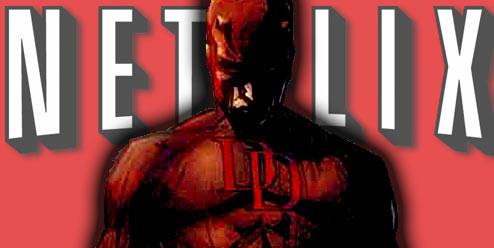 Even if it does break my heart that uber-bros Luke and Danny aren’t combined into a buddy-cop/film noir Heroes for Hire series, I’m pretty freaking excited about this. Separating the four characters into completely solo arcs seems at first like it will turn out like DC/CW’s Arrow (25% excellence, 75% worthless love triangle) but keeping it brief -for a US show at least- at 13 episodes each, with a clear team-up point, definitely seems like they’ve thought this through.

Guess it’s time for me to get Netflix, huh?

At the time of character creation, Laura Maier made the mistake of putting all her points in charm. While this was probably an unwise decision, it's served her well so far. Her power animal is the platypus.
You might also like
daredevildefendersheroes for hire