First Appearance: Terror of the Autons (1971)

The Doctor has had several high-profile enemies, but possibly not one more dangerous than ‘The Master’. The brainchild of the first creative team, headed up by producer Barry Letts and script editor Terrance Dicks who both deliberately choose his title as ‘The Master’. They believed that it was evocative of super-villain names in fiction, but primarily because like the Doctor, it was a title conferred by an academic degree.

He was created to be the Doctor’s ‘Professor Moriarty’, somebody who was the Doctor’s intellectual equal. Just like the Doctor he is also a Time Lord, with the ability to regenerate. He has been played by many great actors such as Peter Pratts, Eric Roberts and Derek Jacobi but will be most well known by the ‘New-Generation’ of Who fans as John Simm (Life on Mars). 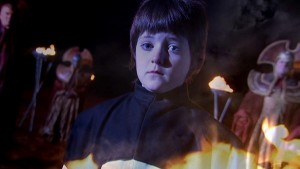 John Simm’s portrayal of The Master was as far removed from Roger Delgado’s as Matt Smith’s portrayal of the Doctor was from William Hartnall (the first doctor). Simm showed a different Master from what the old hands are used to, eccentric, able to make light of a situation yet quite insane. Driven to insanity after staring into the ‘Untempered Schism’.

Davros, the Daleks, the Cybermen and even the Sontaran’s are all formidable foes, but none can hold a candle to The Master. For this reason Doctor Who fans should be hoping that he comes back somewhere down the line, for what is Sherlock Holmes, without his Moriarty?

As an aspiring journalist I have found a home here at geek-pride, where I can write upon many subjects. If anybody has something they believe should be reviewed or newsworthy then feel free to send me a message, I always enjoy talking to people.
You might also like
breakingCybermenDaleks