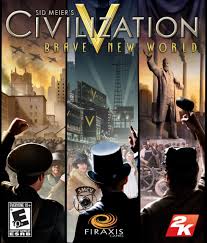 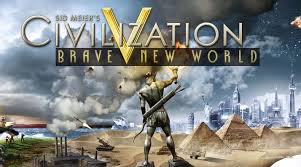 Civilization V is probably my favourite strategy game at the moment; I’ve lost count of the hours I’ve spent clicking away on this game and so I was delighted to hear that there’s a second expansion pack, titled Brave New World, due for release on 12th July in the UK/9th July in North America. However, the first expansion, Gods & Kings, was quite disappointing as it didn’t provide enough content to justify it’s £20 price tag. Brave New World is currently available for pre-order at the same price so will this one give us our money’s worth?

Here are the details of the features included in Brave New World, taken from the official Civilization V website:

New Culture Victory: Spread your culture across the globe, dominate all other cultures. Create masterpieces with Great Artists, Writers and Musicians that are placed in key buildings across your empire like Museums, Opera Houses, and even the Great Library. Use Archaeologists to investigate sites of ancient battles and city ruins for priceless cultural artifacts. Become the first civilization with a majority influence in all other civilizations to achieve a Culture Victory, becoming the envy of the world.

New Policies and Ideologies: Enter the Industrial Age and choose the ideology of your people: Freedom, Order, or Autocracy. Each ideology grants access to increasingly powerful abilities, and serves the different victory conditions in unique ways. The choices you make will impact your relationships with other civilizations for the rest of the game.

World Congress: The importance of diplomacy is intensified and city-state alliances are more important than ever. Change the diplomatic landscape through a new World Congress that votes on critical issues like implementing trade sanctions against rogue nations, limiting resource usage, designating host cities for the World Games, and the use of nuclear weapons. Game-changing resolutions, vote trading, intrigue and a new lead-in to the Diplomatic Victory ensures that the end of the game will be more dynamic than ever before.

International Trade Routes: Build your cities into hubs of international trade by land and sea, creating great wealth and prosperity for your people, while also spreading religion, cultural influence, and science. The number of trade routes increases through the advancement of economics and technologies, the creation of wonders, and the unique abilities of your civilization. Will you connect to a closer city for a lower payoff and a safer route, choose a longer route with more risk for the bigger payoff, or perhaps point your trade route inward, sending vitally important food and production to the far corners of your own empire?

New Civilizations, Units and Buildings: Nine new leaders and civilizations are introduced, including Casimir of Poland, each with their unique traits, units and buildings.

New Wonders: This expansion set introduces eight new Wonders including the Parthenon, Broadway, the Globe Theater, and the Uffizi.

– American Civil War: Fight the “War Between the States” from either the Union or Confederate side as you focus on the critical Eastern theatre of operations between the capital cities of Richmond and Washington.

– Scramble for Africa: The great colonial powers of the world are scrambling to explore the Dark Continent and extend their reach into its interior. Search for the great natural wonders of the heart of Africa as you explore a dynamically-generated continent each time you play. 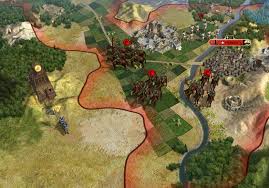 The first 2 features listed, which are described as “new,” are not actually new; victory can already be accomplished  by accumulating culture points and the ideologies they list already feature in the core game; the new parts are quite subtle changes to the existing features and so only one sentence from each of these paragraphs is really a new addition to the best of my knowledge, which are; “Use Archaeologists to investigate sites of ancient battles and city ruins for priceless cultural artifacts” for the cultural victory and “The choices you make will impact your relationships with other civilizations for the rest of the game” for the ideologies, although it’s not clear if  new policies will be added  in addition to the existing ones.

Here’s a video with more details on the cultural features:

As for the world congress and international trade routes, these are existing features but it appears that there will be more depth to them and these could be features that really make a difference as Civ V is quite lacking in the diplomacy area, which is a key part of the game. How much of a difference it will actually make is hard to tell without actually playing it. Gods and Kings added faith and espionage to the game and they really didn’t do that much for the game-play in my opinion,  so I’m a little sceptical about how much these features will add to the experience.

New wonders, civilizations and building are all well and good but some they’ve listed have featured in previous Civilization games and so I think they really should have made it in to the core game, rather than part of an expansion pack.

Finally, there’s 2 new scenarios, which don’t really interest me that much; there’s only been a couple in the core game and the first expansion, which did and I didn’t play them more than once.

The first expansion was slammed by both critics and consumers alike, due to the lack of content for the £20 price tag; Brave New World appears to offer even less for the same price and it doesn’t offer new features to the main game, just more depth to existing ones; at least diplomacy is given some attention in this one though as it really needed some. We’ll have to wait for the release to really see if it has value for money but it looks like it won’t as far as I can see. This is not something I’ll buy at the time of release but I’m sure I will once the price drops.

Please let us know if you have any views on the features detailed for this expansion. We would love to hear them.