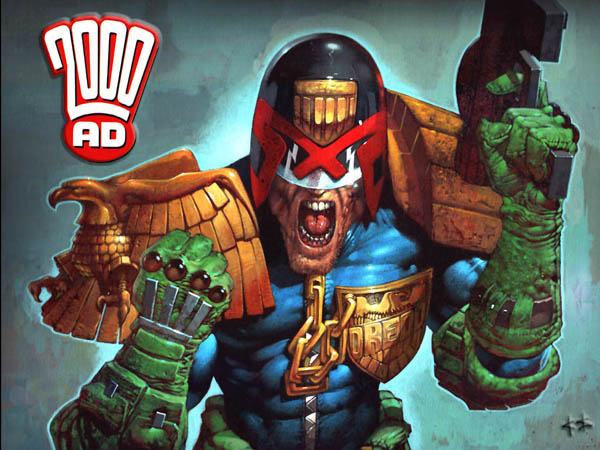 2000 AD’s most well known and arguably most popular character Judge Dredd turns 37 today after his first appearance in 2000AD #2 way back in March 1977!

Judge Dredd was brought to life by 2000 AD’s creator and founder Pat Mills, writer John Wagner and artist Carlos Ezquerra, who is responsible for the characters now iconic look. 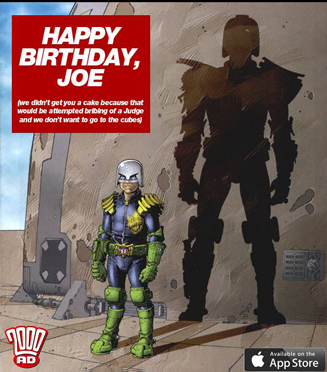 lead to the character getting not only his own publication( dubbed the Judge Dredd Megazine) named after Dredd’s setting of Mega City One aka The Big Meg, but also to the exponential expanding of his world over the years. Now dozens of characters inhabit different corners of Dredd’s world, often featuring in their own stories, like Judge Anderson of PSI Division, Jack Point of “Wally Squad” and Shimura of Hondo City, amongst many others.

Dredd is also associated with explorations of fascism, the police state, the rule of law and authoritarianism, whilst also being known for its quirky and inherently British sense of humour, with Mega City One being a character in itself, along with its bizarre inhabitants, like The League of Fatties, to name just a few.

Chief amongst Dredd’s hallmarks is the characters anonymity, with his face being constantly obscured by his helmet or deep shadow in some stories.

The character was also the basis for two feature films the first starring Sylvester Stallone which we don’t talk about and the second starring Karl Urban, which we talk about a lot because it’s excellent. You should watch it if you haven’t and then wonder why they aren’t planning a follow up when so many dire films get sequels.