previous
What is Defiance, and Should I Care?
random
next
Adaptation is Distillation, Not Reproduction

Two hours ago The Wolverine director, James Mangold, tweeted a 6 second ‘tweaser’ for the next installment of Wolverine. Whilst this snippet is really just a sequence of images with a soundtrack there was one significant character that that got my little geek heart beating with excitement.Our good ol’ Jean ‘never really dead, dead’ Grey with Famke Janssen reprising her role.

I’m afraid that is all the information I have to offer, I really don’t want to speculate wildly, just yet, but luckily a 20 second teaser is coming tomorrow with a full trailer on Wednesday, so I’m sure I will get back to you with some obscure theory or other. Here is the very small but exciting peep at what The Wolverine has to offer:

Did you see her? If not here is the screen cap: 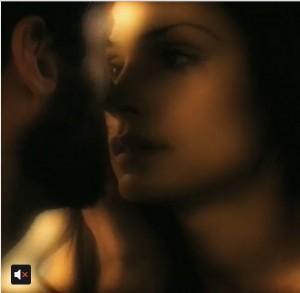 Released on the 26th here is the official July official synopsis for The Wolverine:

[box_light]Based on the celebrated comic book arc, this epic action-adventure takes Wolverine, the most iconic character of the X-Men universe, to modern day Japan. Out of his depth in an unknown world, he will face a host of unexpected and deadly opponents in a life-or-death battle that will leave him forever changed. Vulnerable for the first time and pushed to his physical and emotional limits, he confronts not only lethal samurai steel but also his inner struggle against his own immortality.[/box_light]

Editor and occasional writer for Geek Pride! I prefer Star Trek over Star Wars, collect comics and wish I could be a superhero one day. I tabletop RPG as well as a little gaming, design the odd t-shirt now and again, update my Geek Parenting Tumblr and when I have cash to spend (which is rare) I scour the internet for Wonder Woman collectables. Also Doctor Who and Firefly rock!!
You might also like
becpussbreakingFilm