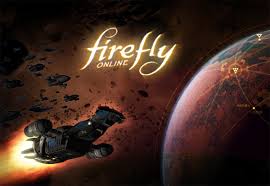 A gameplay trailer has just been released for the long awaited Firefly Online game. Based on the phenomenal television series from Joss Whedon, the game aims to put you in the captain’s seat while trading with and competing against millions of other players trying to make their way in the ‘verse. The aim of the game is simple: find a crew, find a job, keep flying.

Currently in development by Quantum Mechanix and Spark Plug Games we could see the game by the end of summer if Wikipedia is to be believed.The game will be released for PC, Mac, iOS and Android and while it’s not exactly the most graphically astonishing prospect to ever hit the screen, it looks like it could well be set to capture the spirit of the series.

Developers have already said that as the game evolves they hope to introduce Reavers and the ability to play as a member of the Alliance. So keep your eyes peeled for the game’s release and check out the trailer below. And make sure to watch till the very end for a very special appearance that should have any fan letting loose a most uncontrolled “squueee!”.

You can see more information at the official website