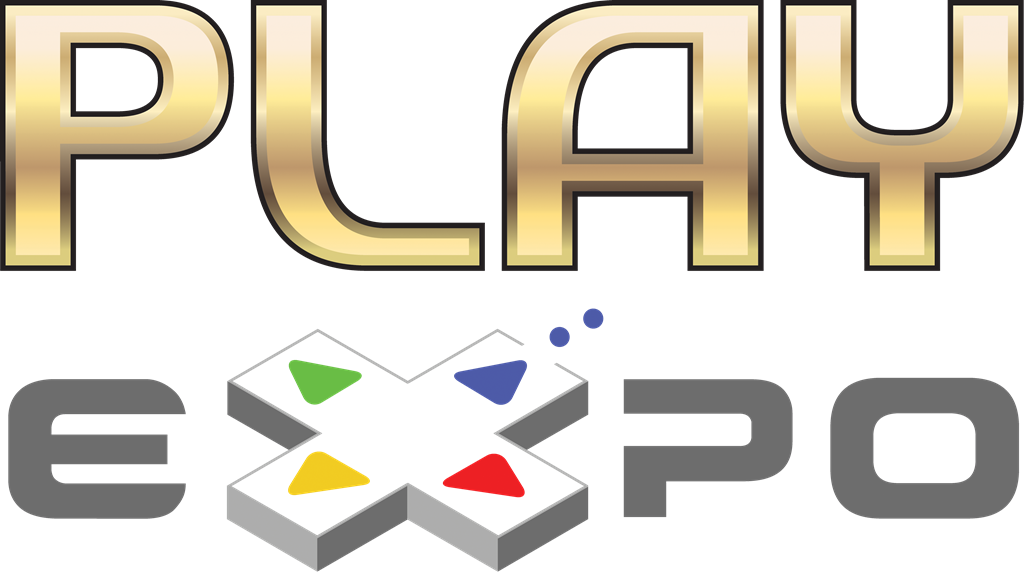 As some readers may know, Geek Pride was once again invited along to Play Expo in Manchester this year; hosted by Re-Play events. Last year’s expo was a sprawling, all encompassing event that had everything from pinball and classic arcade machines to cutting edge previews, and even pro gaming tournaments. This year the show was back with more of the same, but did it manage to keep on form?   For those not in the know; the UK’s most diverse gaming expo is split into four main sections; Re.Play, Pro.Play, Cos.Play, and of course, Now.Play. The good news is that The Now.Play section, which contains previews of upcoming games, was without doubt the most impressive part of the show. Last year the expo had plenty of previews, however most were for very middle of the road games; Medal of Honour, NFS: Most Wanted and the like. The most attractive previews available were the Nintendo Wii U, Halo 4 and Metal Gear Solid: Revengenace. This year, however, it was class from start to finish. 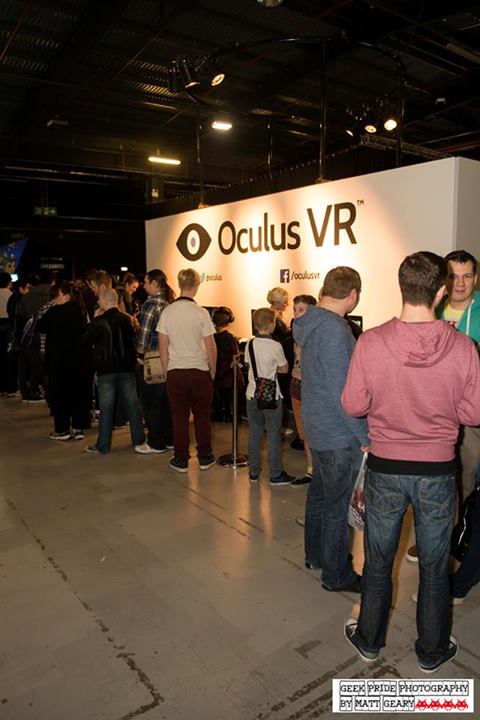 Nintendo was back with a wide selection of games on all systems, Ubisoft were showing off the excellent Assassin’s Creed: Black Flag on the PlayStation 4 no less, Dark Souls 2 was being previewed a whole 9 months before its release, and most importantly of all, Oculus VR were present, showcasing their revolutionary flagship Virtual Reality headset; the Oculus Rift. All day long for both days, gamers were queuing for hours for a brief 30 second glimpse into the future of gaming; and if you’ve read my preview on the Oculus Rift, you’ll know why. Aside from the most exciting AAA releases, the Now:Play section also offered an impressive selection of indie games still in development at the time, such as Democracy 3, Redshirts, and the immensely popular Prison Architect. If that wasn’t enough, top gaming peripheral manufacturer Razer were present, showcasing a range of pads and pro gaming mice. Talk about an all star team.

Other areas were slightly more familiar, such as the Re.Play area, which houses hundreds of old and obscure consoles, as well as a huge selection of pinball machines and the amazingly quirky Video Game Carnival. The selection is certainly just as impressive as the nostalgia value, and it’s always incredibly fun to sit down with some classic games and consoles, however there was nothing really changed from last year to draw in return attendees, which would’ve come as a slight disappointment to some. While the Re.Play area is certainly entertaining in it’s own right, considering we are on the cusp of entering a new generation of gaming, now would’ve been a great time to really showcase gaming’s illustrious heritage. 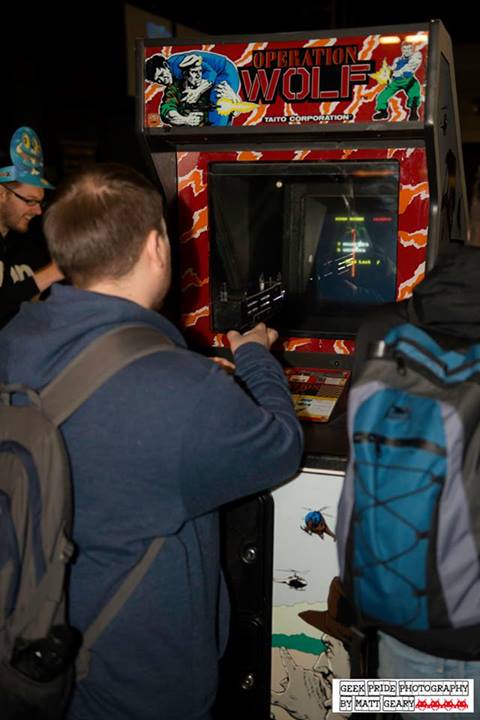 The Cos.Play area again was impressive, with a display stage, makup tutorials and the ubiquitous cosplay parade. However this too, suffered from the same repetitiveness. There were some very impressive costumes on both days of the expo; with a Daedric Armour clad Dragonborn being a personal favourite of ours, however again there was not as much emphasis on this as there could’ve been. There was a competition over both days of the expo for the best cosplayer to win an all expenses trip to Japan to take part in the World Cosplay Summit, however there was little emphasis put on this, and such an impressive prize should’ve warranted a little more excitement.    No such illusions were had in the Pro.Play area though, where a very loud and very excitable crowd of pro gamers took part in various beat ’em up tournaments, from Marvel vs Capcom to Injustice. The biggest draw, however, was the hosting of the European qualifying round of the Capcom Cup Super Street Fighter 4 Tournament, with the victor winning a place in the Grand final in California, this very Saturday. It certainly drew a crowd, and there was no surprise as to why, as the competition was very heated. In fact, we got asked on more than one occasion if we knew if the tournament was being live streamed, which indeed it was. If any criticism had to be made, it would simply be that the scale this year was smaller than the previous year, which hosted pro tournaments of all shapes and sizes, from team FPS games to RTS titles. The focus on one-on-one beat ’em up tournaments instead, while concentrating the excitement, meant that the Pro.Play section was easily the smallest area in the expo.   However it’s certainly safe to say the wider audience was taken care of, nonetheless. This year saw a vastly more expansive merchandise area compared to last year; with dozens of stands catering for every interest; movie and game memorabilia, weapons stands selling every sort of bladed instrument imaginable, tabletop gaming, collector’s items, retro games and consoles, cuddly toys, cosplay props and outfits and more. We easily spent a few hours at the show simply browsing the wares. 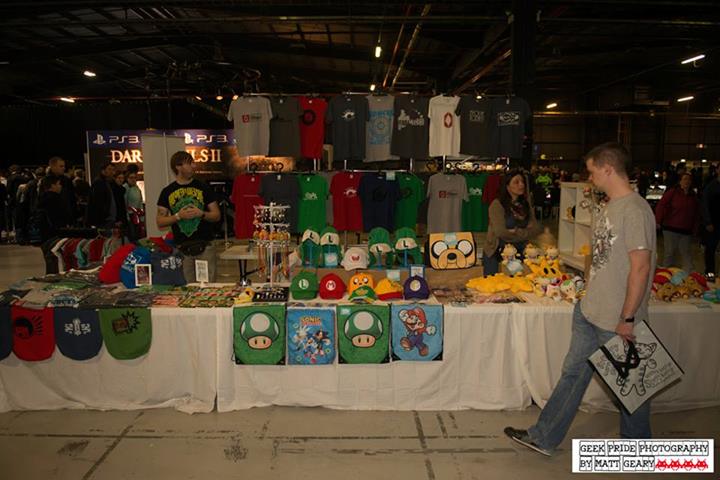 All in all; there’s no doubt that Play Expo 2013 was another resounding success. The selection of games on offer was significantly better than last year, which is always going to be the most important thing of any videogame expo, and although there was little new with the other areas of the show that makes Play Expo so diverse, the fact that they are there will always give play a unique twist to draw people in. If only some of the areas had been a bit bigger, or had more time invested in them to promote them, this could’ve been perfect. But as it is, Play Expo is still growing, still has plenty of potential, and is still a great way to spend a day or two not only experiencing some great upcoming games and technology, but also celebrate the culture of videogaming as a whole. And I’m all about that.

Edit; The Cosplayer mentioned above, sporting full Daedric armour was no other than Ryun, from Stark Cosplay. Ryun’s only very recently started cosplaying (as early as March this year), which makes his excellent costumes all the more impressive. I highly suggest you take a look at his Facebook profile here to give him a like, and see more of his work.

Matt, 24 last time he checked, was born and raised in Manchester. A self-styled geek; when he isn't annoying his other half by fitting in as much gaming time as he possibly can, he can be found getting his fix of Fantasy and Sci-Fi elsewhere by reading, writing, or watching TV Series and Films. He is also a Michelin 3-Starred Chef in his spare time, and can be found experimenting in the kitchen, and generally poisoning his friends with obscure and mysterious dishes.
You might also like
2013Ap GamesAssassin's Creed IV: Black Flag