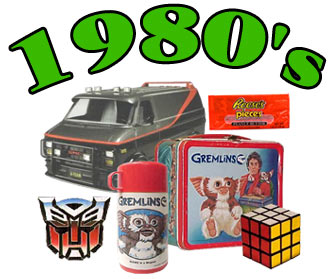 Hands up who remembers the 80s?

No? Me neither, considering I was only born in ’86.

But if the cinema of that era has taught me anything, it’s that it was a decade filled with explosions, montages, excessive shoulder pads and outrageous hairstyles.

I’m Craig, one of the newbies here at GP, and I’d like you to grab your wingmen and aviators, get your flux capacitors…fluxing and if someone asks if you’re a god, you say yes!

Why? Because something has caught our interest here at GPHQ.
Take a look at this:

No, you haven’t been hacked.

Those were Nazi zombies riding on giant flying sharks.

This is cheesy, b-movie goodness at its best/worst. It’s mindless, makes no sense and it doesn’t necessarily have the best budget, graphics or even plot and acting but let’s be honest, that hasn’t stopped Michael Bay from making movies.

This is different however. Sky Sharks knows it’s going to be a bad movie so it makes no allusions otherwise. It harkens back to simpler times in cinema, much like the beloved action movies of the ‘80s. Now, while not ‘80s themed in nature, Sky Sharks did remind me of two other films that have been circling their way around the internet like Jaws around a swimmer’s legs.

The first of these is Kung Fury, another Kickstarter funded film which was released not too long ago.This film was so ‘80s its heart beats like a Depeche Mode drum machine.You might have heard of this short film as it rode triumphantly on the back of a T-Rex and straight to our neon hearts with a soundtrack by The Hoff himself. Again, this one features Nazi zombies, but it also has Vikings, dinosaurs and kung-fu.

The other film currently doing the rounds goes by the name of Turbo Kid. Think Mad Max (any incarnation, they’re all good) but instead of grizzled former cop turned wasteland survivor you have nerdy orphan who reads comic books. Oh, and instead of the “Last of the V8s”, this kid rides around on a BMX. Aside from that, all of the tropes are there; wasteland gangs, cartoony, graphic violence with squirty blood packs aplenty, cheesy one liners, explosions. It has everything.

So what is it about the ‘80s that made us fall in love with its corny, invincible action heroes? Why are we so ready to accept the poor storylines and plot holes and just sit, entertained by the explosions and the infinite ammo machine guns?

Look at larger budget film releases such as The Expendables franchise. Do we give it a pass because of its nostalgia value and having all of our old ‘80s favourites having their last acting hurrah? (I tried so hard to not write Last Action Hero)

It is true that we have come to expect more from cinema these days. They have ridiculously larger budgets which allows for better, more realistic special effects, arguably better actors (though let’s be honest here, some are still terrible) and overall, there is a standard of expected realism, or at least believability to a movie these days. In a modern sci-fi movie, yes mass space travel is still implausible by modern standards, but if the future laid out in the film seems as though it is an obtainable future then a modern audience is more inclined to believe its setting and principles.

Perhaps the cinema of the ‘80s had much more in the way of freedom. There were more original ideas that writers could run with. There was less fear of what an audience expected or wanted. Writers and Directors had fun and that is reflected in the cinema of the decade.

Maybe this is why we’re now seeing this head-nod back to simpler, more enjoyable times in films and I for one fully encourage this movement, even if it does only remain on the independent circuits.

If you haven’t already, please check out Kung Fury here and Turbo Kid here, as well as Sky Sharks.

Please drop me a comment with your thoughts and maybe some of your favourite movies from the ‘80s.

In the meantime, to keep this ball of film references going, I’ll be back!