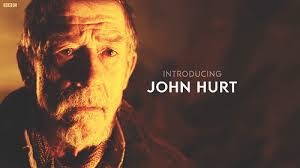 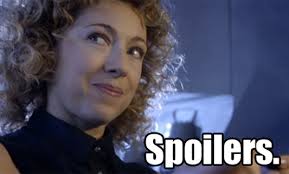 A costume designer, working on the Doctor Who 50th Anniversary Special, has let slip that John Hurt’s Doctor is a “dark” version of him and the one we didn’t see,  regenerating between Paul McGann and Christopher Eccleston; will this screw up the number system and would that make him the ninth Doctor, instead of Eccleston? Or could it also mean that the next regeneration will be his last, as he only has 12 regenerations? I personally think that the answers to both of these will just be swept under the carpet.

Also, Jenna Coleman suggested that there will only be three Doctors in the special; Matt Smith, David Tennant and John Hurt, who will all be playing against each other.

I don’t think these leaks have spoiled too much; there are still other questions, yet to be answered. I heard a good while back, that The Doctor’s real name will also be revealed in the special. Some will say that it was already revealed years ago, in a Tom Baker Episode, as “Theta Sigma,” but others will say that this was actually just a nickname; so we’ve still got that to look forward to. Although that’s a bit like taking off the helmet of Bobba Fett or Judge Dredd, but that’s been done, so the Doctor’s name will probably not stay a mystery either.

Here’s the full story from the Radio Times Magazine:

Ever since John Hurt’s introduction as “the Doctor” earlier this year, fans have been asking: Doctor who? Well, it appears that the answer has been slipped.

During yesterday’s royal visit to Cardiff, costume designer Howard Burden disclosed to the visitors that Hurt, briefly seen at the end of series finale The Name Of The Doctor, will play a “dark” version of the Time Lord, before going on to reveal… “There was a gap between Paul McGann playing the Doctor and Christopher Eccleston, when we didn’t see a regeneration, and John Hurt will fit into that gap. He is a past Doctor, not a future Doctor.”

The comments, picked up by The Telegraph, appear to confirm fan speculation of Hurt playing some sort of forgotten incarnation between the eighth and ninth ever since the actor was snapped on set wearing the latter’s leather jacket over Paul McGann’s Victorian-style waistcoat.

Also in a revelatory mood during Prince Charles and the Dutchess Of Cornwall’s visit was Jenna Coleman, who seemed to suggest that the only three Doctors to appear in the special will be Matt Smith, David Tennant and Hurt. She said: “We had three different Doctors in [the TARDIS]… John Hurt, David Tennant was back and Matt. Three different Doctors playing against each other.”