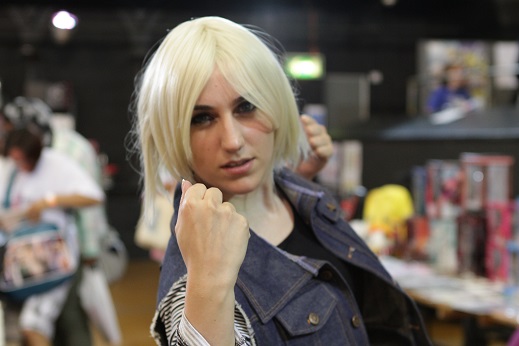 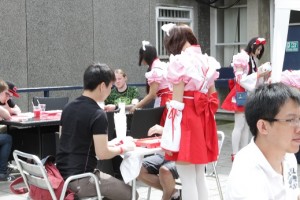 On July 20th-21st, not only were Geek Pride at the Manchester MCM, some of us were also at the London Anime Con at Holloway’s The Rocket.  I attended the event in February so the first thing I did was take a look around comparing it to the last.

The same activities were on offer but there was a slight difference in the layout, it was spread out more than last time mainly due to it being a summer event and so the outside space was used more. Most notably in the courtyard there was a Japanese-style cafe complete with waitresses dressed in maid outfits. Archery and hula hooping were also part of the outdoor activities.

The downstairs area had a lot more seating then before, the TCG and anime screening areas shared a room but both had more space than the previous con. The video gaming area was quite a bit smaller this time, but there still appeared to be the same amount of consoles, nothing seemed to have been sacrificed.

There was a greater mix of consoles; at the last event, the gaming areas had a very strong focus on retro consoles such as SNES, N64 and PS One; this time they added Xbox 360s and Wii Us to the area. There were still plenty of retro machines though and I don’t remember the last time I saw that many CRT TVs in one room. There was a also a separate gaming areas for PC gamers and so it felt like there was something everyone in the gaming department. 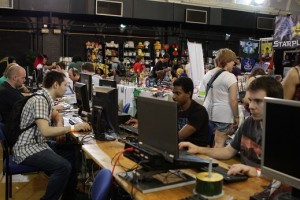 The guests of honour, both voice actors, were David Vincent who is best known as the voice of Grimmjow in the series Bleach and Mike Pollock, who voices Dr Eggman/Dr Robotnik in the Sonic games. During Q&A sessions they both expressed a lot of enthusiasm for conventions and spoke of how it is very rewarding for them to interact with their fans. I don’t believe they were just trying to butter up the audience,  I noticed they made time for anyone who wanted a chat with them while they were off-stage, particularly David Vincent, who I saw on a number of occasions chilling out with fans.

As always, there was a very strong focus on cosplay and visitors were encouraged to dress up as their favourite characters, which most people did and with a lot of effort. Guest cosplayers, Mashashy and Alien Queen gave tutorials; one thing I picked up was that when designing a costume, it’s much more important to have comfort in mind than to imitate the original completely. They were also on the cosplay Q&A panel, amongst other guests including photo booth girl, Stacey Rebecca and GP writer, Lady Noctis. They all showed a lot of passion for their pastime/art as they answered many questions from the audience, including “Who would you cosplay as if money/time where not an issue?”  My favourite answers being Totoro and the full suit version of Samus from the Metroid games. Lady Noctis interviewed Stacey Rebecca while she was there and you can read it here. 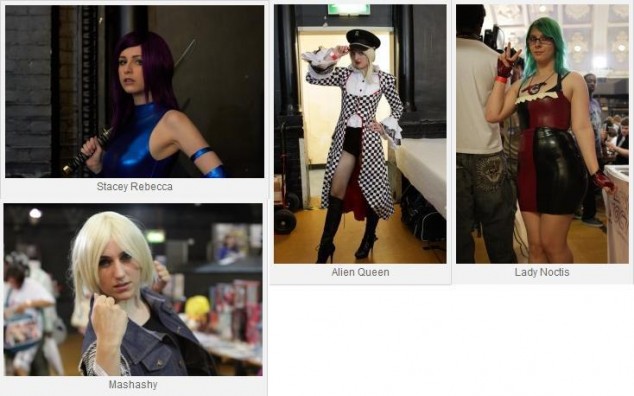 Overall, it was a great weekend and I enjoyed it even more than the last one and it certainly benefited from not being so condensed. The best thing about the LAC is the friendliness and enthusiasm of both the guests and the public; everyone I spoke to seemed happy to be there and were very willing to pose for photos. This kind of event is a very social one and is made even better by the many people that got involved in the activities. I think I can safely say that fun was had by all.