Neill Blomkamp to direct next ‘Alien’ movie- our thoughts! 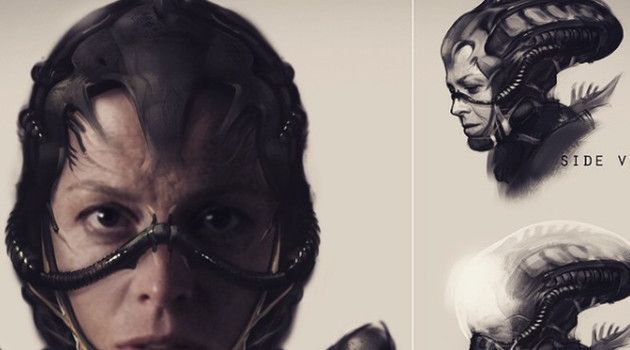 Just when I thought my day couldn’t get any better…

After what could be seen as either an excellent piece of free advertising for a future 20th Century Fox release, or a director using social media to position himself into directing a film purely on internet buzz, Neill Blomkamp has just announced that he has been hired to direct the next movie in the iconic ‘Alien’ franchise, a few months after ‘leaking’ a range of exquisite concept art based on his original story ideas.

Blomkamp has emerged as one of the freshest new talents in the resurgent Sci-Fi genre, with the excellent ‘District 9’, the flawed but highly entertaining ‘Elysium’, and the upcoming ‘Robocop’ meets ‘Short Circuit’ feature ‘Chappie’ (which looks like a ton of fun), showing that he can deliver the type of gritty, action-packed Sci-Fi that fans of the Alien franchise have longed for since ‘Alien Resurrection’ reared its ugly head in 1997 (whose idea was it to colour the xenomorphs brown?! They all look like walking, drizzling turds!).

In my opinion, the timing of this announcement couldn’t have been any better. With the fantastic ‘Alien Isolation’ game having been released to almost universal critical acclaim recently, interest in the franchise has definitely become renewed. Combine that with the fact that the missed opportunity that was Ridley Scott’s ‘Prometheus’ is still relatively fresh in the minds of the fans – the general negativity and confusion that surrounded that film’s release, would almost certainly give Blomkamp the leverage to reintroduce the horror and action aspects that made the original film and it’s direct sequel so vibrant and revolutionary (and which was almost non-existent in ‘Prometheus’). Let’s also not forget about the death last year of the ‘father’ of the alien itself, H.R. Giger – a new Alien movie would be the perfect way to celebrate his incredible creature design and his art in general. 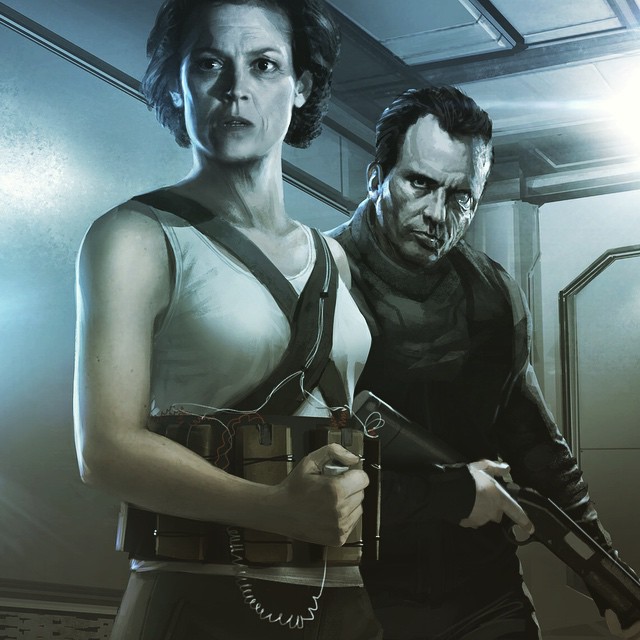 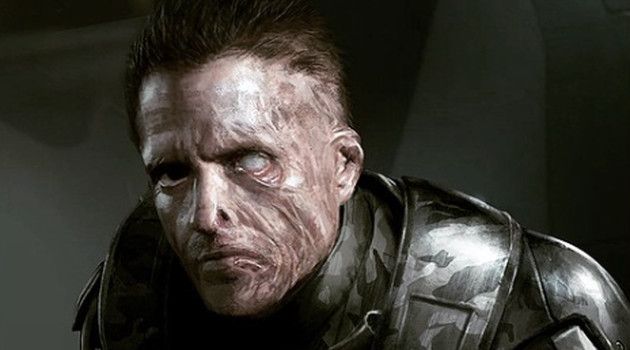 From the beautifully rendered concept art, the tone of the movie looks to be firmly placed in the James Cameron ‘Aliens’ timeline, with a much older Ripley and Hicks featuring heavily. Whether or not this indicates a ret coning of sorts of the franchise, essentially wiping out both ‘Alien3’ and ‘Resurrection’ in the process (which, let’s be honest, wouldn’t be the worst thing in the world) is unclear – but I’m sure the problem of **Spoiler!** bringing Hicks (i.e. the human shish kebab) back could be solved easily by a spot of cloning – it worked for Ripley!

A few other points from the concept art that interest me:

Please note: This is just me speculating and I doubt any of this will actually happen. Anyone else have any predictions/thoughts on this concept art and how it could fit into the overall Alien franchise? And what are your thoughts on the announcement of the movie itself? Should this or ‘Prometheus 2’ take priority for Fox?

Sigourney Weaver, who is part of the cast of ‘Chappie’, recently stated on Coming Soon that she was very interested in being part of a new movie “if it was (directed by) someone as talented as Neill” – having Weaver on board would be definitely help Blomkamp to deal with Fox and the demands of their executives/stockholders.

In closing, I would say that I am extremely pleased to see this movie going ahead. ‘Alien’ is my favourite movie of all time, and to have its next sequel in the hands of a young, innovative director who is an actual fan of the series, definitely helps calm any nerves I had over the studio’s intentions going forward. I just hope they leave him alone to craft this film with an original vision, a good cast and a decent budget (let’s not forget the quality that Blomkamp was able to achieve with a minuscule budget on ‘District 9’ – think of what he can do with a proper Hollywood budget) – and that this doesn’t go through the same Development Hell process that both ‘Alien3’ and ‘Prometheus’ went through.

Looking forward to seeing Sharlto Copley turn up in a random cameo too – perhaps he’ll be a facehugger haha. 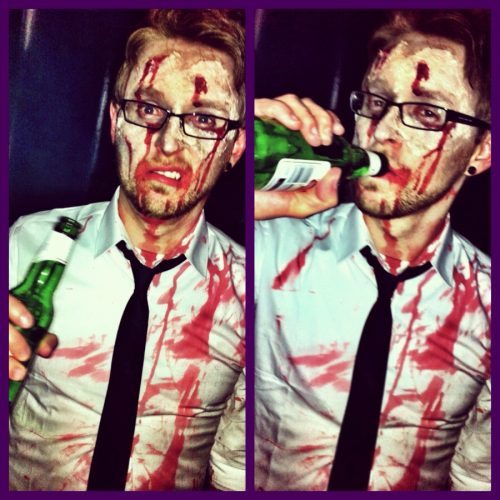