Project Awakened – A Create Your Own Superhero Kickstarter Project 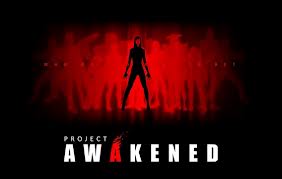 Do you enjoy superhero games but want to be able to create your own hero? Well, you may be able to soon, if currently titled “Project Awakened” goes ahead. Developers Phosphor Games are running a Kickstarter fund on this project to make a product for gamers, funded by gamers. Here is the video from the Kickstarter page, where you can see some early footage and hear what the team are planning for it:

Customisable superheroes are nothing new as games such as City of Heroes (which is actually an inspiration for Project Awakened) and DC Universe Online have already featured these; however, the characters in those games have always followed a particular class and  use skill trees, whereas Project Awakened will feature an a-la-carte system, which will allow players to create a unique superhero, exactly how they want them. Characters will able to use blades, guns, fists, hover-packs and much more, although a full-flying  ability is not mentioned (it wouldn’t be much of a loss though, as it never really works that well in my experience). A video showcasing the character creation system can be viewed here.

From the game-play footage shown in the videos, it appears it will be an action title and is quite reminiscent of games like Infamous and Prototype, where leaving mass destruction in your wake (all in the name of good of course) is a big part of the game, which is always guaranteed to be fun. It’s good to see that this isn’t just another attempt at a Superhero MMO-RPG. The developers say the the multi-player mode will include customisable scenarios and the game will be open to player-created mods, giving much more possibilities to the experience.

The expected release date isn’t until August 2014 but a closed beta version is planned pre-release, open to certain backers (depending on how much they donate to the project). It seems that they are really keen to hear  players’  feedback and ideas, which is refreshing as most big game companies just seem to use beta versions of their products to get some free testing, especially as the end product almost always appears to be the same, just with fewer bugs. 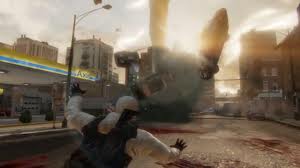 How You Can Support Project Awakened

This will be a great opportunity to see a brand new IP from a team, who care about what you want in a game and not some large, greedy company; who often relies on existing brand names to guarantee sales alone, usually resulting in an end-product which feels unfinished and generally shoddy or simply not much different to the last game in the series. So if you want to back this and view some more details of the project and the rewards involved, then check this link here: http://www.kickstarter.com/projects/1312036782/project-awakened?ref=live

However, if you want to support this project without using your wallet, if you go to the Steam Store, you can simply click a box saying that it’s something you might buy when it’s finished and that will also help: http://steamcommunity.com/sharedfiles/filedetails/?id=126109020&searchtext=project+awakened