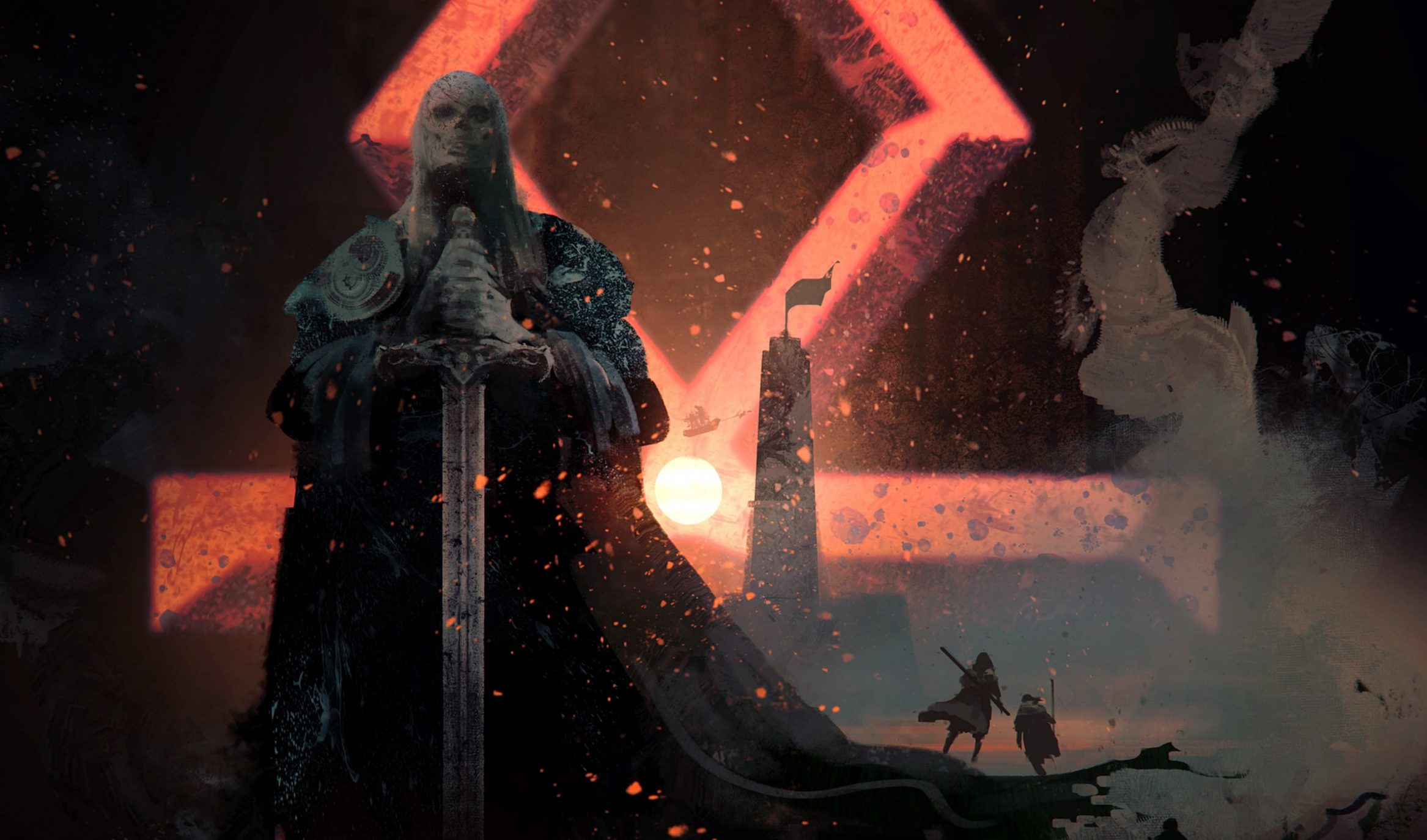 The Throne of Thorns is a colossal seven-part campaign for the dark fantasy roleplaying game Symbaroum.  The storyline follows the quest to find the mythical throne of thorns and unearth the secrets of the fallen civilisation of Symbar.

Each episode is contained within a separate book and can be played consecutively, as a single campaign, or interwoven into an existing ongoing campaign, potentially creating multiple campaign threads for the players to follow.  It is also possible to run each scenario independently, as a one-off adventure.  However, the consecutive interconnected of the storyline would require some juggling of the plot by the games master to run some of the later episodes.

This is a mammoth storyline, with each book coming in at least 150 pages and broken down into three sections.  The first section, intended for both players and games master, introduces the locations for that episode.  The next two sections are for GMs only, with the first offering a deeper look at the locations, including information that the characters will not know, whilst the final section details the adventure itself. 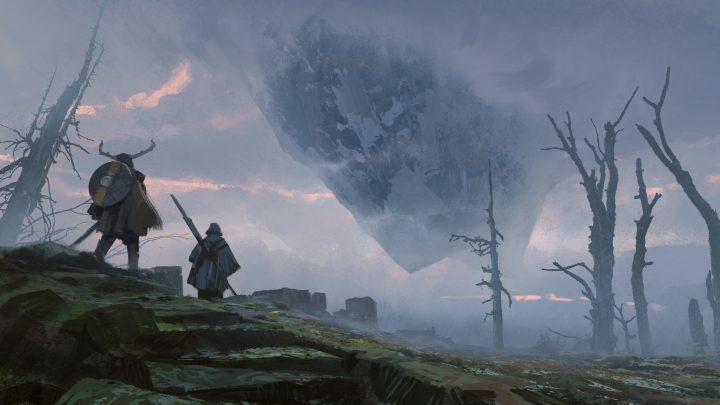 The first episode of the chronicle is focused on the fortress town of Thistle Hold, with some detours into the dark woods of Davokar.  The introductory nature of this episode allows players and characters alike to acquaint themselves with the setting and factions within the chronicles.

The second book explores the Barbarian’s meeting place of Karvosti, as the conflict escalates between the various factions. The Queen seeks the witches in order to learn Symbar’s location, whilst tensions within the Priesthood flare up act as a backdrop to the storyline

The third episode of the chronicle is mainly set in Ambria’s capital Yndaros, as characters uncover connections between Symbaroum and the realm of the Dark Lords, which the Queen wants to be kept hidden. As other factions learn about the cover-up, it is up to the characters to unravel the situation.

The turning point of the chronicle is inside Davokar itself, where much of the storyline describes the journey into the darker parts of the woods.  The episode reaches an epic conclusion within the ruined city of Symbar and the characters unearth what is at stake.

Alberetor, the former homeland of the Ambrians, is the setting for the fifth episode, including the fortress where the Queen was imprisoned by the Dark Lords.  Characters will discover further clues on the fate of Symbaroum and the realm of the Dark Lords, as well as implications for what is happening in Ambria.

Ambal Seba, the seat of Symbaroum’s most powerful mages, is the setting for the sixth episode (to be released).  Characters will learn the secrets of the alleged arch magic; a form magic free of corruption.

The final episode (to be released) is set within the darkest depths of Davokar itself, where the characters will venture for Symbar. The story builds to an epic crescendo, as the player characters decide the ultimate fate of the realm. 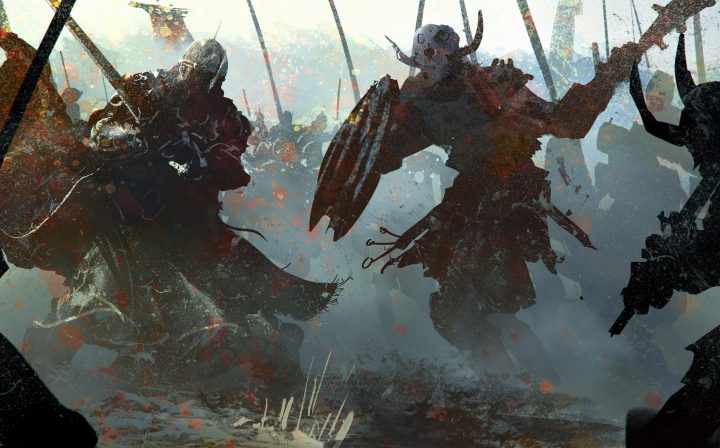 Having each episode focused on a different location within Symbaroum’s setting allows players to properly explore each area.  This also allows each book to delve into the mysteries of that area, rather than only giving them scan consideration.  This wealth of background material enables the GM to provide the players with an immersive experience of the setting.

What was particularly impressive about Throne of Thorns is that each episode has an open box approach to the game.  Instead of leading players through the story, each book establishes what is happening and it is up to the player characters to intervene, however they wish.  As the chronicle progresses, previous decisions will affect subsequent events.

Given the cataclysmic storyline, Throne of Thorns should not be considered as an introductory adventure.  Instead, it would be best to run this chronicle once the players have become familiar with the setting and factions of Symbaroum.  Doing so will deepen the impact that the repercussions of the character’s actions will have.

If there is one complaint with this chronicle is that it is almost too big.  There is a lot of information condensed within these books, which can be overwhelming to those who are new to roleplaying games or have limited time.

That said, the books are incredibly gorgeous and the images are amazing, having an almost eastern European feel to the artworks.  Each book also comes with a plethora of handouts which can be photocopied or downloaded from the Free League website.  The maps are particularly impressive, as their artstyle is fully in keeping with the aesthetics of the game world of Symbaroum.

Overall, the Throne of Thorns is an excellent storyline and acts as a fantastic example about the type of storylines that can be told through the Symbaroum RPG.