Season 1 of NBC’s Constantine is ending with episode 13, with the future of the series seemingly in the hands of the gods. There are plenty of series that have ended after their first season; Almost Human, Firefly, Threshold, Odyssey 5 and Brimstone being a few. With Constantine’s future uncertain here’s a look at why Constantine deserves to continue. 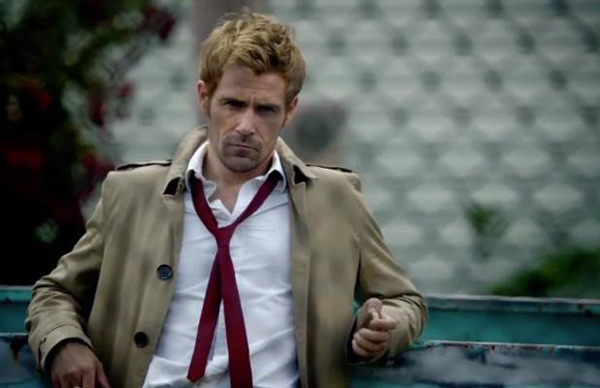 Fans of Hellblazer have been speculating on who could play John Constantine on screen for years. when the film Constantine appeared the majority of those fans were left rather displeased at the fact that an American actor, Keanu Reeves, was playing the part. The fact he didn’t even look like the character was just a twist of the knife. When the series was first announced there was a big question mark as to who would actually be playing the shady magus, would it just be another American actor and would they attempt the scouse accent suggested by Constantine’s place of birth, namely Liverpool?

Enter Matt Ryan a relatively unknown actor, who not only looked the part once the first promo shots surfaced but managed to manifest the characters arrogance and irascible charm when it came to playing the part on screen. Shock horror- he’s not even American! Ryan pretty much is John Constantine, I’m saying this as a hardcore Hellblazer fan too. John Constantine is not a hero or a knight in shining armour, in fact he’s a bit of a bastard really. John Constantine doesn’t have a burning desire to save the day but somehow ends up doing it anyway and Ryan portrays this really well.

NBC’s Constantine could have just been a generic monster of the week type of affair, there’s plenty of them around, Supernatural being one of the most popular. Churn it out, job done. They haven’t gone down that route though, as Hellblazer fans will know there’s plenty of lore and mythology from the comics that’s featured so far from John’s past and how it’s attached to horrific events in Newcastle which are the reason for him being in Ravenscar a mental institute. John Constantine is a grifter and street magus who isn’t prone to just throwing fireballs around, magic in the world of Hellblazer is a messy affair and this is acknowledged on screen. Ryan’s Constantine utilises strange artifacts, performs rituals and importantly things go wrong- magic is a tricky thing after all…

There’s no better example of this acknowledging the source material than the episode Feast For Friends, based on the very first story to feature in Hellblazer named Hunger (written by Jamie Delano). Despite the limitations of network TV Constantine gets pretty dark at times, much like the source material. 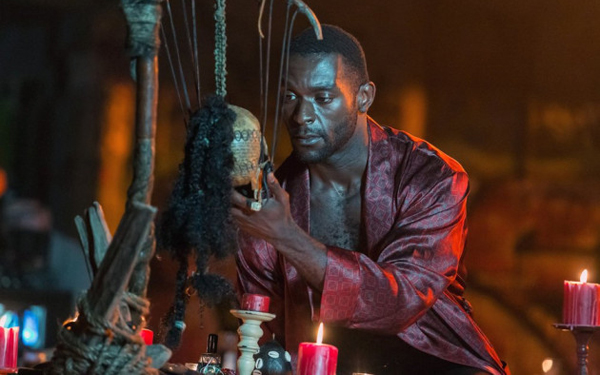 Papa Midnite is an integral character to Hellblazer; a sometime enemy and sometime ally who featured in the comic right back in issue one. Midnite is a pimp, voodoo priest and crime boss in one formidable figure. Michael James Shaw has a powerful presence as Midnite and importantly is believable as a threat to the cocky Constantine . Shaw and Ryan playing off against each other in the recent Danse Vaudou episode brilliantly captures the relationship between the two, with the pair blaming each other when a magic ritual they are working on together doesn’t have the desired effect. Midnite and Constantine have a begrudging respect for each other’s talents even if they aren’t always on the same side. Shaw speaking to the skull of his dead sister is more acknowledgement of the source material too.

Whilst Midnite being a regular fixture could rob the character of his potency Shaw is definitely an asset to Constantine and represents the ambiguity at the heart of John Constantine’s world, Midnite isn’t evil in the classic sense but rather has his own motivations and goals.

There’s a lot to be said for having some ambiguity to a story; not everything should be explained, especially in the opening few episodes. Questions add a sense of intrigue to the proceedings and stop things becoming predictable. Manny (played by Harold Perrineau) is one agent of ambiguity on Constantine, his motivations are unclear and despite being an angel Manny is just as much tormentor as he is advisor to the cantankerous John. Another agent of ambiguity is Chaz played by Charles Halford ,John’s best and arguably only friend, who seemingly can’t die although he is not invulnerable. This actually makes a lot of sense given that by John’s own admission he’s dangerous to be around. Celaya’s Zed comes with her own ambiguity- her past is a mystery as is her connection to Constantine himself. Ambiguity isn’t a problem- it’s an asset, it’s waiting too long for any sense of clarification that becomes a problem. 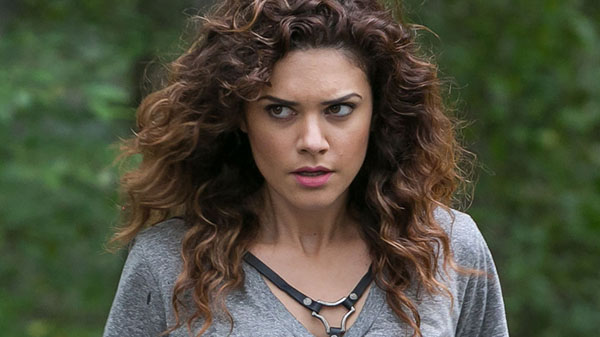 Listening to the fans

Constantine’s original pilot featured Ryan’s Constantine tracking down Liv a character created for the series played by Lucy Griffiths. Liv was the daughter of an old friend who had died and Constantine had to tell her about the “real” (as in supernatural) world and how she was connected to it. After the pilot was “leaked” fan response wasn’t exactly great to this idea or to the character of Liv. Not long after that came the announcement that Liv’s character was exiting the show stage left . There would be a new female character joining Matt Ryan’s character, Zed played by Angelica Celaya. Zed would be another character taken from the pages of Hellblazer, a psychic artist who has been dreaming of and drawing John without ever meeting him.

Constantine has aired 5 episodes to date and whilst the pilot itself may have been a little clunky every one of those episodes has seen an improvement all round from writing to direction to the cast. Hellblazer ran for 300 issues and those 300 issues are packed with deep mythology, classic stories and memorable characters that could in theory feature in the series at some point if it’s given a chance to actually grow. The series is not without its limitations but there’s a genuine sense of untapped potential at the core of Constantine much more so than the likes of Gotham which continues to be plagued by all the faults I previously mentioned and some new ones.

What do you think of Constantine? Is it worth the watch? Hit us up on facebook, Twitter and in the comments below!

Andy Haigh started writing to counteract the brain atrophying effects of Retail Hell, now it's an addiction. Andy is an unrepentant sequential art absorbist and comics are one of his passions. Other interests include Film, Music, Science Fiction and Horror novels and quality TV like Game of Thrones. He can talk about these at great length if only someone would listen. He lives a somewhat hermit like life in The Shire, spends too much time on social media and is still waiting to go on an adventure.
You might also like
Angélica CelayabreakingConstantine