The One Ring Roleplaying game 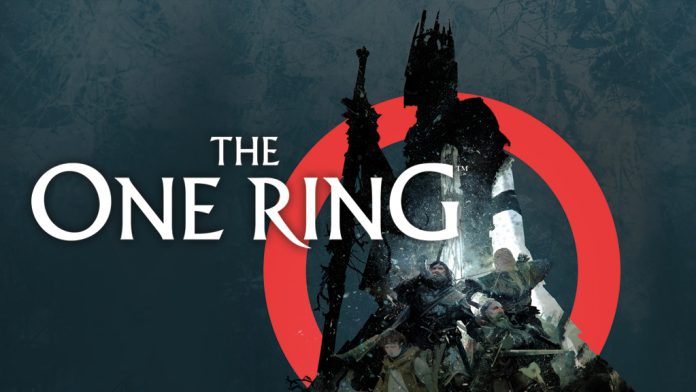 With the forthcoming The Lord of the Rings: The Rings of Power series, Free League have released a new edition of The One Ring roleplaying game, which is based on JRR Tolkien’s Lord of the Rings.

The One Ring roleplaying game now focuses on the north-west region of Middle Earth, called Eriador, and is set during a time of growing darkness during the end of the third age of the Lord of the Rings.  This time is approximately between The Hobbit and The Lord of the Rings.  Although this period has been previously explored and portrayed in books and films, the designers have taken the approach of assuming unreliable narrators for the events of the books.  This allows The One Ring to be set within a familiar setting but still has enough flexibility for player agency.

The rulebook looks fantastic.  Despite the large size (nearly 250 pages), it is an absolute pleasure to read.  The artwork throughout is fantastic and is reminiscent of the pen-and-ink line drawings in The Lord of the Rings novels.  The page design and aesthetics are evocative of an ancient tome, reinforcing the mood and feel of the game.

Player characters in The One Ring are a team of adventurers, be they captains, champions or similar, from a variety of races.  However, there are no magicians or magic users in The One Ring.  Instead, the only way for players to have any form of magic is through acquiring mystical items.  Magic in The One Ring, is very much the purview of non-player wizards.

It is possible to have such non-player-character (NPC) wizards accompany the player characters, especially through the patron mechanics.  Patrons are non-player characters that sponsor and guide the adventurers.  This allows the storyteller an easy method for kickstarting adventures whilst empirically tying the game into the Lord of the Rings setting.

The mechanics underpinning The One Ring roleplaying game are streamlined and easy to use. The core physical/mental attributes are surprisingly limited, with only Strength and Wits being used.  This may seem restrictive, but does streamline the game and make it accessible to new players.

Mimicking Tolkien’s writing, there is a lightness of tone throughout The One Ring that is unlike moderb fantasy-based roleplaying games at the moment, which have a far grittier tone (Symbaroum, for example, reviewed here).  Yet, permeating the game and setting is a growing darkness emerging from the shadows.

This encroaching darkness is represented mechanically with Sorrow and Darkness, which reflects a character’s growing exposure to brutality and despair.  Once Sorrow reaches a specific setting, dependent on the character’s Hope, the character becomes Miserable, resulting in negative modifiers to their dice rolls.  This can be alleviated by allowing the character to succumb to a momentary madness.  A good example of this is when Boromir attempted to take the ring from Frodo towards the end of The Fellowship of the Ring.

There are also a variety of optional mechanics, such as the Hunts.  This is not recommended for new characters or for players unfamiliar with the setting, as it can make the game more challenging for the players, with little payoff.  However, it does mimic Frodo’s repeated encounters with the Nazgûl, as the ring wraiths search for him.  This darkness is accrued by the player characters; when it reaches a threshold, the eye of Sauron focuses upon them and the hunt begins.  The hunters are not necessarily the nine (although that would be amusing just for the players’ reactions), but could be any of Sauron’s dark forces.

Adventuring Phase and Fellowship Phase mechanically essentially represent the in and out of game character development.  The Adventuring Phase covers the adventures that the characters embark upon, whilst the Fellowship Phase is the time between adventures, where characters can heal, learn new skills and pursue personal goals.  None of this is new per se, but it does embed the concept of downtime and how it should be used.

Player characters are able to choose from any of the core races and careers that we find in The Lord of the Rings.  The choice of a character’s race goes beyond their attribute bonuses, as it also determines the level of interest in the group by Sauron.  A group of hobbits and dwarves are seen as less of a foe than those of humans and elves, reflecting Sauron’s prejudices.

However, whilst there are lore masters, who are essentially researchers, there are no player character magicians.  This mirrors the existing lore in Lord of the Rings, where the only ones who can cast magic are the wizards (Gandalf, Radagast and Saruman).  This is not to say that characters do not have access to magic, but that it is only through mystical items.

The Patrons are interesting mechanic for the player group, as they are the one who sponsors each group.  Patrons provides an excellent system for bringing the group together and giving them initial direction, as well as an overarching theme and goal to work towards.  The patrons are not fixed and can change, depending on how each adventuring party develops and where their interests take them.

The final section is dedicated towards running the game, with a GM section on running adventures in Middle Earth.  There are some excellent ideas here for exploring the setting, which avoids re-treading The Lord of the Rings.  There is a less of a focus on the impending cataclysmic battles, but more on slowing the awakening darkness that is coming to life.

As with all Free League games, there is an over-reliance on random elements to dictate the progress of adventures.  Whilst this can be useful for players unfamiliar with running a game, it does feel like an anachronist throwback to early roleplaying games with random encounter tables.  However, these random tables can be used to as a menu of options for creating adventures, allowing the GM to create thematically appropriate foes, rather than relying on randomised dice rolling.

A starter boxset has also been released and has to one of the best boxsets out there.  The boxset includes separate player and storyteller booklets, as well as background on Rivendell in a third booklet, expanding the potential settings for players to explore.

What especially makes starter boxset of value, even for those who already have the core rulebook, are the dice and fantastic maps.  The maps provide an excellent means for planning adventures and journeys, as well as being perfect handouts for the players.  There are also pre-generated characters that can be used by the players or as ready-made non-player characters for players to encounter.

The box has also been incredibly designed, maximising the surface areas.  The inside of the box features a map on the base, whilst the underside of the box lid contains quick reference tables, allowing it to be used as an improvised GM screen.

A thick cardboard Loremaster screen has also been released, with quick reference rules, such as injury tables and advantages/complications reference on the GM facing side and an evocative full-length image facing the players.

Overall, The One Ring roleplaying game is an excellent roleplaying game with a light-weight rule system.  Whilst some elements feel anachronistic, these are in the minority and the thematic approach of the game is embedded with the system.