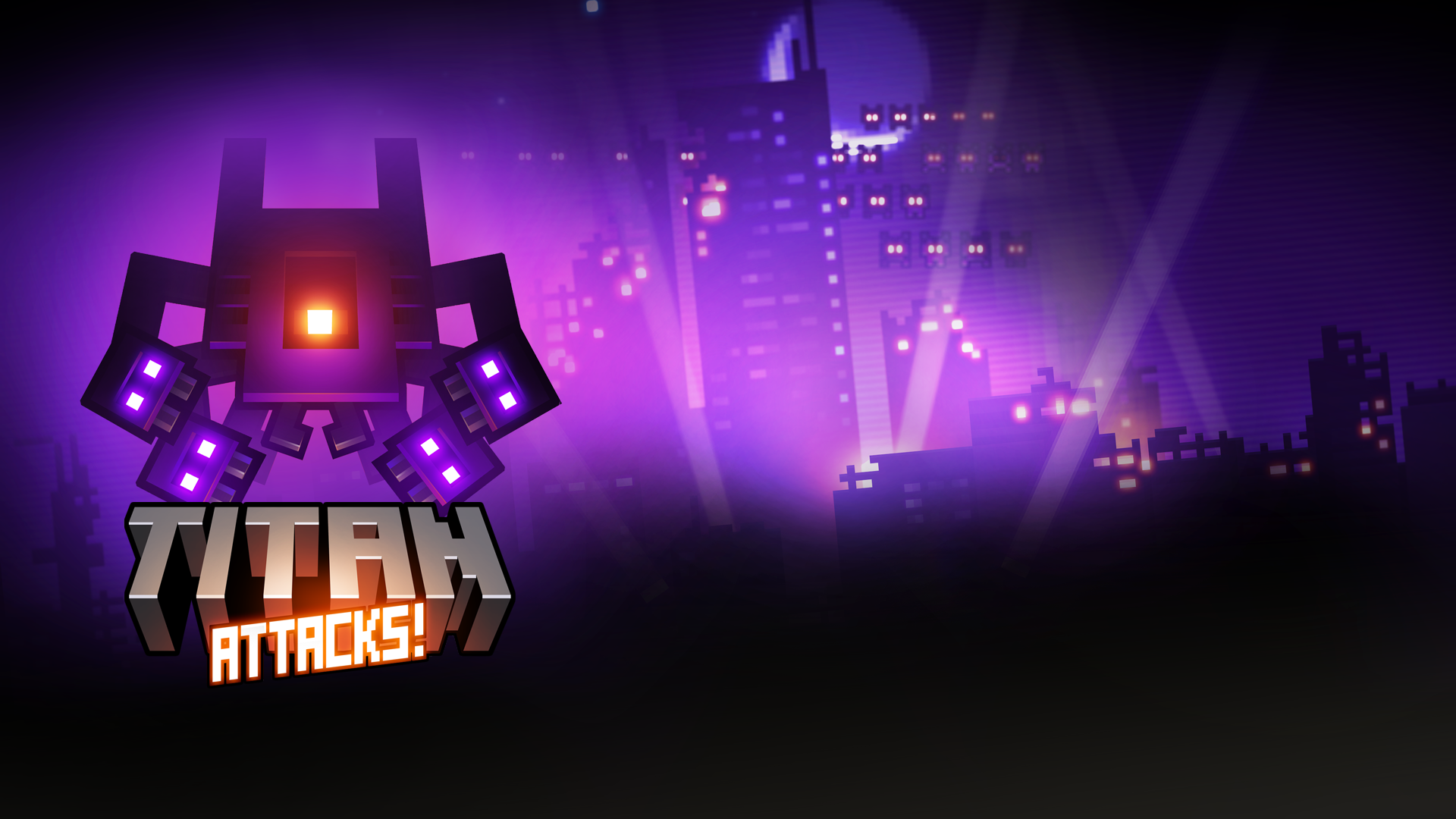 The indie market really seems to have taken off with the adoption of downloadable distribution in the last generation. Without this quick and relatively cheap way to deliver to the consoles masses, it’s unlikely that many of the most cherished games of the last few years would exist and the gap between consoles and PC’s seems to be narrowing all the time.

While many developers have used this new medium to market the sort of works that would likely never make it to retail shelves, others have harnessed the openness of Microsoft and Sony to produce games that seem more like homages to the industry’s roots rather than visionary moves in direction or expressions of heavily artistic sentiment. 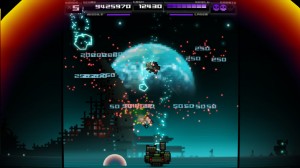 Not to be confused with the similarly-titled anime, Titan Attacks! is a classic example of this type of retro nostalgia. On the surface, it would appear to be like any other Space Invaders clone but what lies beneath is an adoring tribute to the Taito classic with just enough modernity to remain relevant.Originally released for the PC in 2012, Curve Studios have taken advantage of PlayStation Cross-Play to create a genuinely addictive title that just might offer enough to stand out in the bustling crowd.

The game play itself often replicates Space Invaders to a point of plagiarism. With Megadrive-style graphics, the aim is to clear the screen of enemies and avoid taking fire as much as possible. Lives are represented by shield capacity and the longer you live without using the shield, the higher your score multiplier increases. It’s a slightly less tense and more 21st century-gamer friendly experience than Tomohiro Nishikado’s iconic classic though as many of the enemy types do not routinely travel downwards thus allowing for more strategic moves than just clearing the bottom rows first.

Likewise, the audio is less of a blast from the past and more of a trendy chip tune homage in a similar style to Hotline Miami. Some of the music is extremely well designed and PS4 players are likely to get the best experience when connecting a decent pair of earphones to the headphone socket on the DualShock 4 controller. The music speed and tempo does not react to the player’s state ala Space Invaders and is instead just there to be enjoyed and compliment to the retro visuals on-screen. 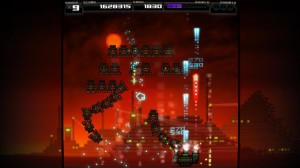 A further retro tribute can be seen in the scan lines that frequently gravitate downwards to resemble the fuzziness of a CRT display. Whilst other recent games have used similar effects to achieve a more 80’s-looking result, it feels as though PuppyGames have added this more for the aesthetic benefit that it offers to their artwork rather than to blatantly imitate the competition.

Despite all the retro on display, there’s still enough of the here and now on display to keep modern players interested. PlayStation Cross-Buy enables Vita owners to keep playing on the move but a constantly updated global leaderboard is enough to satiate the hardcore competitors going for months. My position on this scoreboard became quite impressive while I playing the game for review but the game was only available to press and publishers then and it’s highly likely that my scores will be hurtling towards the bottom of the chart within minutes from release.

Titan Attacks is not a game that innovates or experiments in any real or discernible way. Instead it takes a seemingly genuine love for a classic formula and builds upon it using tropes from video games both past and present. The game succeeds in meeting all of the challenges that it sets for itself and provides a charming and genuinely fun experience that could well be worthy of your time. A good all-round effort and fans of indie-retro gaming could definitely find far worse for their money.

Titan Attacks! will be released via the PlayStation Store for PS4, PS3 and Vita on 7th May 2014 in Europe. This review is based only on the PS4 version and using a review build provided by Curve Studios.