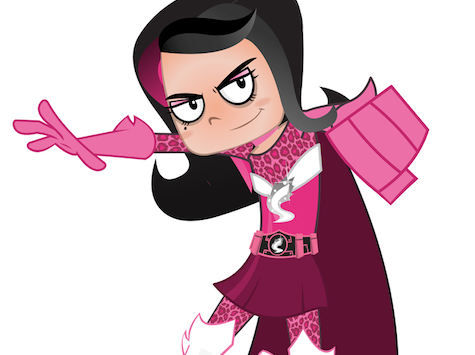 Very recently Gail Simone introduced the first transgender character to mainstream comics, a brave and, mostly, celebrated move. A great way of accepting peoples differences and may be change the views of those more intolerant folk, yes I have purposely worded that nicely. The comics are of course aimed at teen and above, which begs the question – how do I introduce the transgender concept to children?

As with most topics like this I believe it is important to introduce the idea to children from a young age. They don’t need to know the ins and outs, they only need to be aware that seeing a man dressed as a woman or vice versa is okay, and not something to be mocked or shunned. The best way to do this is to introduce it as a norm in society. My children have never asked “Why is that man kissing another man?” because from being young they have been made aware that a grown-up can love another grown-up, whether man or woman. We have never shied away from these subjects or quickly turned the telly over just avoid awkward questions, addressing these issues is the best way to encourage tolerance.

Which brings me to SheZow, an animated series aimed at 6-11 year olds. Our hero in this story is Guy Hamdon, an ordinary skateboarding 12 year old boy who discovers the power ring of a superheroine. He then uses this ring to transform himself into the legendary female crime fighter SheZow, by shouting “You go girl!”  Despite the ring being intended to be worn by a woman, Guy takes on his new found powers and costume. With the help of his best mate Maz, whom seems to change his persona each episode and sister Kelly, helping back at the ‘She lair’ with Shelia the super computer; Guy or rather SheZow, protects the city of Megadale from the villains and evil doers. I can’t help wonder why they didn’t have him shout “SheZow” a la Shazam style, but may be it was a little to close to the DC copyright.

The cartoon looks like it is going to be lots of fun, one of those that the grown ups get to enjoy, because if you are going to be subject to a constant barrage of children’s television, you want it to be something you can tolerate and may be even laugh at. The likes of Phineas and Ferb & Adventure Time, spring to mind. Given the subject matter of this cartoon I expect a number of jokes on such things as running in heels and the word ‘she’ to be continually punned.

Whilst the network, The Hub, are saying any references to it being about transgender are “not true. ‘SheZow’ is a light-hearted, animated comedy, like Bugs Bunny, who could make kids laugh out loud by wearing a dress and wig”  I believe that even so, it is a good way to introduce this subject to children.

I’m actually looking to seek out the show to share with my own geeklings. They love anything superhero so on that basis alone I would want them to watch it, but I hope SheZow will have the benefit of  instilling a really simple idea that boys can dress as girls if they want to.  I will have to explain to my son that in real life you don’t get super powers if you dress as a girl, otherwise he’s going to be very disappointed when he puts on my high heels.

The show is set to air in the US on The Hub from June, but has already been airing in Canada for about a year . I’ll leave you with the intro for your perusal.