previous
Who Asked For A 'Streamlined' Fallout 4?
random
next
Iron Maiden announce Legacy of the Beast.
Video Games & Tech
1 like

The domain of the FPS genre is DAMAGE. Whether you’re ordering your squad to breach and clear a room in Rainbow Six, providing air support in Call of Duty, or rocket spamming a ledge overlooking an entry route in Quake, everything about your performance in an FPS ultimately boils down to optimising performance in this domain. Because of this, It makes sense to ascertain that the pivotal part of an FPS is the guns, and that the core of FPS design is the guns. That isn’t true. The stats of a game’s weaponry are significant, but they only cover a small aspect of the domain of DAMAGE.

If we delve into the FPS genre more deeply, we can formulate its domain as a graph with two axes: one is the “damage dealing” axis, the other being the “damage avoidance” axis. At the top right of the graph, we have elements that have the largest impact of on both the dealing and evasion of DAMAGE. The primary factor is player dexterity: your reflex skills and hand-eye coordination. This ability differentiates between players who are equally matched, giving a boost to players who can acquire, aim and shoot other players while avoiding attempts by other players to do the same. 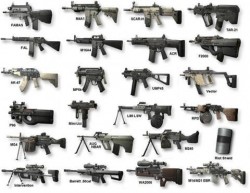 Obviously, game designers do not create player skills – they design weapons. But weapons only form the top-left of the graph, where they are crucial in determining the dealing of damage and have little to do with the evasion of damage.

Located at the bottom-right corner of the graph sit character health, shields and armour which are not responsible for dealing damage but are integral in avoiding (or absorbing it).

So if player dexterity is not the core of FPS design because it is not designed, and weapon and Armour design are not the core of FPS design because they reside along the edges of the domain, what makes up the ‘creamy feeling’? What are the designed elements that are relevant to both the doing and avoidance of damage, and which are also designed by designers and modulated by player skill?

There are two main categories: tactics and knowledge. Tactics describe elements related to how the player uses traps, stealth, navigation and cover to minimise damage to himself while maximising damage to his adversaries. 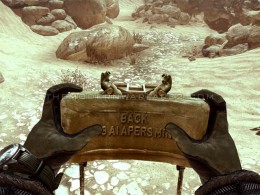 Traps are tools such as claymores in Modern Warfare that allow the player to do damage without even being in the proximity of something that could reflect damage back.

Stealth, as used by the Spy in Splinter Cell MP, is a tactic that allows the player to avoid damage and killing his opponent(s) through undetection.

Navigation, in this sense, is making deliberate choices to move through the local environment that minimise potential exposure. 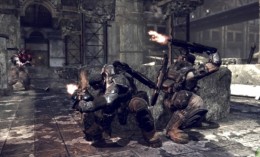 Cover use (which is a literal design element in Gears Of War, and an incidental one in all shooters), is the tactic of minimising current exposure.

Tactics are designed elements of the game that players get better at using. The ability in deploying a claymore trap is not in the setting of it, but in the optimising of its placement, and the designed component is in the tuning of how visible it is against range, damage and movement speed.

Designers define stealth rules for auditory and visual detection of players, then players learn those rules and with practice, get better at skirting the edge of others’ perception. Map layout environment design and cover placement all constantly feed the player information about how to best optimise her exposure – the design of all the game’s spaces and the way they facilitate players’ reading of them are as important as the stats of the guns.

Breaking down the knowledge category is more tedious, since the elements tend to be very game-specific, but obvious examples include map, role and weapon knowledge. 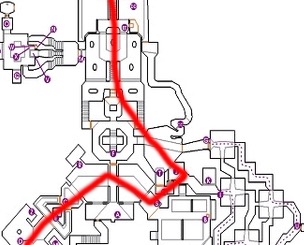 Similar to navigation, map knowledge is about optimising your routes through an entire level, not just the immediate, local area. It is an expertise that develops over time,neither exposure to a given map, 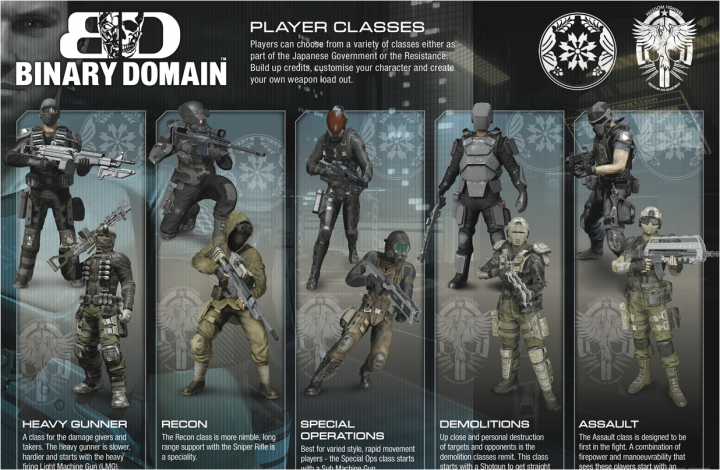 Role knowledge is the understanding how different classes or player roles stack up against one another in a specific situation. 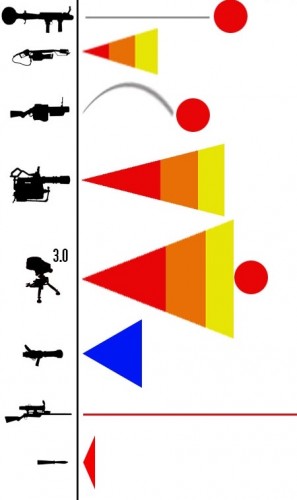 Weapon on knowledge is the understanding of the game’s primary damage-dealing tools and how they stack up against each other in any given situation.

Knowledge isn’t designed directly, but it’s anything you can design to facilitate the steady development of. When we discuss about designing depth into the weapon progression, for example, we aren’t necessarily talking about more weapons or more complex weapons, but rather a greater requirement for exploration of the ways the weapons compare. This kind of knowledge development supported by design can be seen in the depth of class know-how exhibited by Team Fortress 2 players.

In TF2, there are only a small number of classes which aren’t too complex., but the subtlety and sophistication of their design and balancing creates a fertile space for knowledge development which is then applied to the doing or avoidance of damage geared at winning the game.

I hope my findings will be of use to those who delight in the science of FPS games. In the ever-evolving world of FPSes, there are still a lot for me to learn and discover. See you on the battlefield!

I do not belong to the lower, middle, or upper classes, I'm in a class of my own! I AM KING DARREN!!!
More Goodness
News / Features