As you’re all probably aware, I’m fairly new to the geek world and its wonders. I had always been a weird human being. I had never really fit in anywhere and never really understood why. Now I know. I am a geek, and I am proud of it. Since delving into the geek world, I have been overwhelmed with the new. All five of my senses have been filled with the fantastical and I want to share with you my top ten discoveries since diving headfirst into the wonderful world of geekery.

I am an art admirer but recently I have discovered the overabundance of geek art floating around cyberspace. Most of the art I like best is created by the talented fans of yonder. My favourite type of art is pixel art and below are a couple of pieces that I made myself, inspired by those online: 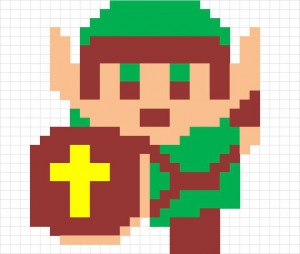 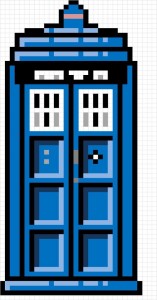 I never really got into graphic novels until very recently, and even now a confession I must admit to is not yet owning any comic books. Having read more graphic novels, I have pretty much become addicted to them. I can now really appreciate the work and skill it takes to create such masterpieces and I will be continuing on with this love.

Yes, I know what you’re all thinking. I did enjoy these universes before but I skimmed over them with the same apathy I have for celebrities and make up. Now, however, I have fallen head over heels for these universes and with each moment I spend with them, whether it is reading the comics or playing the games, I love them more and more.

They actually exist! I knew that there were other people out there who enjoyed Doctor Who, but never had I met a fellow Whovian who loved the programme quite as much as I do. Upon discovering all those who love the show as much as me, this was my face: 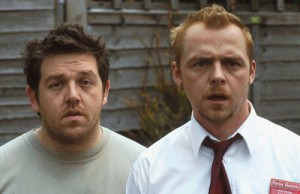 In short, these people are geniuses. Another confession here: I only saw Shaun of the Dead about five months ago. Yeah, it’s true. These people can make me laugh with a simple look and have me rolling on the floor with a single line. Smart, talented and fellow geeks. Perfection in a box, but, not in a box, just perfection.

I used to be a casual gamer; my Xbox used to be sat silent for days, sometimes weeks. Now, however, there isn’t a day that goes by where I’m not sat screaming at my TV because my character fell off something I didn’t want them to fall off or that damn fish ate me again! Gaming is now a part of not only what I do, but also who I am. 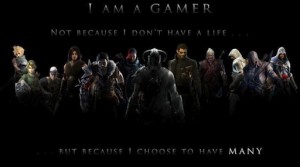 This programme is absolutely hilarious. I watched most of this whilst slowly dying in bed but there wasn’t a moment whilst it was on that I wasn’t smiling. The writing is genius, the graphics are dark and sophisticated and there is never a dull moment. I guess we’re in the danger zone. 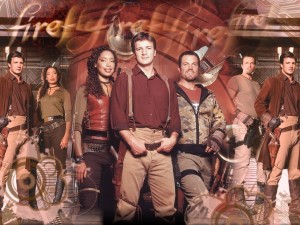 I’ve done an entire article on this programme so I won’t restart my love rant. In short, this programme is the epitome of perfection and it will always be in my heart.

Just because I watch cartoons doesn’t mean I am a child. It means I am a child living in an adult’s body. Upon discovering this programme, I power housed my way through every single episode and loved and laughed through it all. Not only is the writing amazing but the graphics are wonderfully colourful and there isn’t a single boring moment on the screen.

Plus Gir. I mean, that robot is the cutest thing to grace my screen since I used to watch My Little Pony. 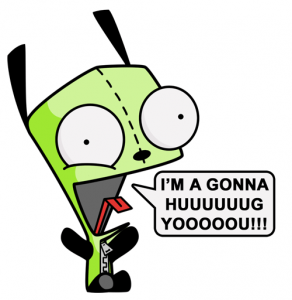 Finally, the people. Whilst writing for Geek Pride, I have met some amazing people. Each person has different likes, dislikes, loves and hates. Each person has their own personality that is as individual as a snowflake. I never thought that I would find people who I would be able to hold a conversation with without having to talk about stuff I don’t really know about. If I’m excited about something, I can scream until my lungs are sore and not one of them would give me a single weird look.

I think this is my personal best discovery since becoming a geek. I have finally found a group of people that make me feel like I finally belong somewhere. 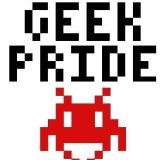 Here is me in the form of a haiku: My name is Jodie, Love fun, love hugs, loving life, To write is to be.
You might also like
Archerartcomic books