previous
A.C. Crispin Passes Away
random
next
Stargate, The Re-boot

Are you a massive World of Warcraft Geek? Do you know your Paladins from your Warlocks? Do you want to have that satisfied, smug look on your face when you out-geek your other WoW-playing friends? Well you’re in luck!

Blizzard have announced that World of Warcraft Trivial Pursuit is coming out soon, featuring approximately 600 questions covering topics like Geography, Player Characters, Lore, Loot, Villains, and Encounters. It’s rumoured that some of the questions have come from the WoW fanbase, but we haven’t found any official confirmation of this yet.

Included in the set you get a themed board, with a hand-crafted Murloc dice and little baby Murlocs used as the counters. 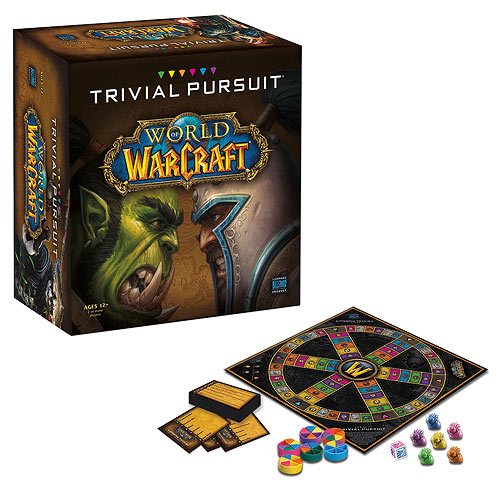 WoW Trivial Pursuit is set for release later this month.

Movie and videogame geek, basketball player, guitarist, waffle connoisseur & expert in being a slacking bastard. You'll find me gaming on PS4 as "SpasmicPuppy" most of the time... I'm addicted to Destiny.
You might also like
Blizzardboard gamebreaking