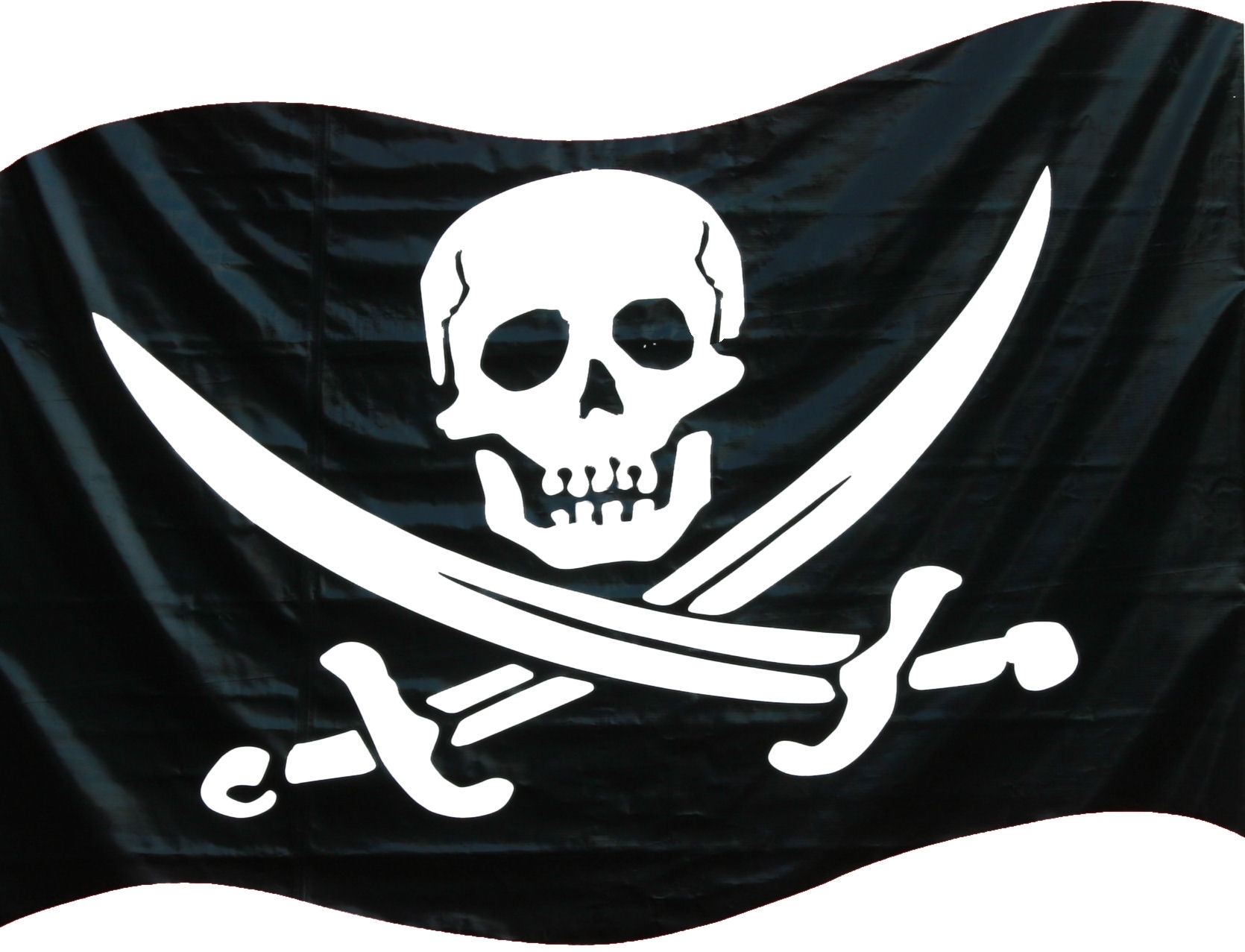 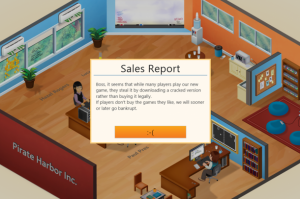 With talk of always-on connectivity on the next generation Xbox console and the now ridiculous Digital Rights Management tactics employed by some PC game publishers, it is always refreshing to see a developer take a slightly different route to preventing their intellectual property falling foul of piracy.

Recently, indie developer and publisher Greenheart Games released Game Dev Tycoon  for the PC, Mac, and Linux. It is a traditional-style management sim that builds upon Kairosoft’s brilliant Game Dev Story for PC,  iOS and Android and allows players to experience the highs and lows of running their own game studio.  The game is temporarily only officially available on the Greenheart website and Windows app store although a Steam release is currently in Greenlight phase. However, in a slightly stranger move, Greenheart also released a cracked version of the Windows version onto torrent sites which would-be pirates could download for free. Madness you say? Well let’s look a bit further.

Rather than simply informing users of the pirate version that they were breaking the law or bombarding them with nag screens, the cracked version of the game behaves almost identically to the retail build, with only one significant difference. After progressing through the ranks up to the coveted AAA market, players will soon start to find that their own games are being massively pirated by a virtual underbelly. The higher the review scores that a game receives from the game’s fictional journalists, the high the piracy rates will be and the studio’s virtual coffers will take a massive hit until the studio is eventually forced into bankruptcy.

Not realising the irony of this, some players of the cracked copy have taken to online forums requesting support for this problem.  In one forum post discovered by the game’s development team, one pirate finishes his support request by stating that “there is no point in inventing a new engine because the revolutionary game made out of it will be pirated and  I will not be able to cover my expenses“.

Indeed, copy protection techniques like this are nothing new. In 2011 for example, the developers of Serious Sam 3: BFE included an extra enemy in the form of a gigantic invincible Scorpion that would appear only in pirated versions and literally hunt down the player until they gave up. Other games such as the PC-exclusive military shooter ArmA use a copy protection technology called FADE that gradually introduces game-breaking bugs and glitches until the point where the game is no longer playable. Conveniently, these bugs all seem to disappear once the sees the player error of their ways and installs a legit version.

Piracy is a massive problem for the games industry and in these times of economic woe will probably not be going away anytime soon, however methods like this prove that it is possible for publishers to protect their work without massively inconveniencing the paying customer. Recent debacles like the always-online ‘feature’ in EA’s SimCity can only encourage piracy when the paying users on Origin are unable to get into a game because of a piss-poor and inadequately-tested network infrastructure, but players of offline-enabled cracked copies are able to enjoy the game without any problems. The reluctance by EA and Ubisoft to make their customers’ lives easier by using Steam instead of their own proprietary networks also doesn’t go unnoticed, and it is likely that legitimate sales of forthcoming titles such as Watch Dogs and Splinter Cell Blacklist on PC will suffer as a result.

The Witcher 3 developers CD Projekt recently went on record stating that DRM is “the worst thing” in the games industry and damning other publishers who use methods that burden the player to protect their own investment, a view most likely shared by any PC gamer who has had to deal with protection schemes like SecurROM or Microsoft Games for Windows Live in the past.

It’s no secret that the current state of DRM in PC gaming is an abhorrent mess and it is also clear that for the AAA PC market to continue to exist, measures are required to discourage those who will always try to obtain these games for free. It just remains whether or not the industry has the maturity to agree upon a single protection standard that meets the needs of both the player and publisher as surely the current interim ‘solution’ cannot be indefinitely sustained.

How do you feel about PC and console DRM? Do you think it’s an annoyance that only gets in the way of our enjoyment or is it a necessary evil responsible for keeping the games industry alive?   Let us know on Facebook, Twitter, or by using the comments below.