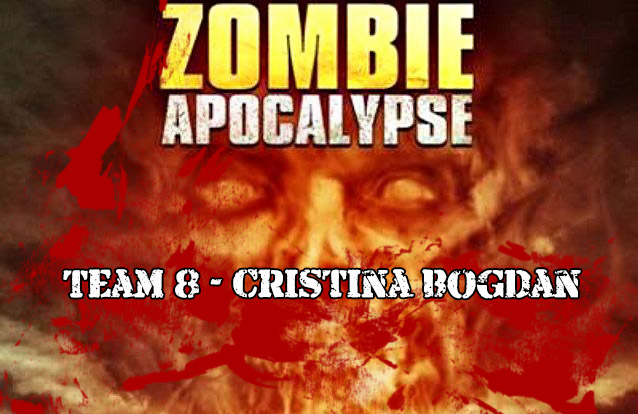 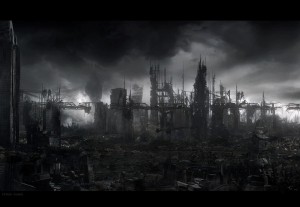 “The world is shit.” I turned my head in the direction of the voice and I rolled my eyes, it figures it was going to be Harper that stated the obvious. I gave him a pointed look resisting the urge to flip him off, mostly because there was a kid in the room and really, there were a few things I still clung to. “It might be, but you’re not exactly a fragrant bouquet of roses, love,” I told him with the sweetest smile I could muster while fighting back the urge to strangle him. “Shouldn’t you be down in the lab trying to create a machine out of random pieces of string and glue?” Perhaps I was a little mean, but let’s face it, the world had more or less turned into a steaming pile of crap two days before Christmas and while six months had long since passed, none of us had quite recovered from the event. Seeing people turning into savage flesh eating automatons tended to remove tenderness from our already withered souls. “Harper said shit.”

I threw the young engineer a look and flicked the girl’s nose. She had somehow managed to survive so far in a world where she was the best hors d’oeuvre and we still had no clue how she managed that. It was almost eerie to look at her and I wondered if zombies could feel fear and it was what was keeping them away from her. Incidentally it kept them away from us as well, so she was a keeper. “Yeah, I know she did, honey. We’ll ban him from eating chocolate today, I think you can benefit from his supply.” I took her to the other room and pushed her towards the man we’d all least expected to connect with the child, but he treated her like she pooped M&Ms. For all we knew, she just might have. “She’s all yours I told John,” before dropping in a chair and fidgeting until I got into a comfortable position. “We’ve got a problem…those dumb bastards are all but knocking on our doors, we can’t hold them back for much longer and Mr. Brains over there hasn’t been able to create a good deterrent. We’ll have to do this the old fashioned way. And…” I said turning towards the little sprite of a girl that had joined us only a month before, “we don’t set them on fire again. The only thing worse than a zombie is a zombie on fire, got it Trance?” She nodded in understanding, though I was certain my words had gone in through one ear and out through the other. I sighed and called out to the kid. “Hey, Hotaru, you’re coming with, right?” It was a cheap shot to ask the ten year old to join us, but really we were getting desperate and the dead gave her a wide berth, she was more helpful there with us than anywhere else. At her nod I smiled, eager to get out of the small compound we’d been holed up in for weeks.

A couple of months back, we followed, stupidly if I might add, a few radio transmissions that took us across Europe, hoping that life was going to be better there, that we might have actually stood a chance against the dead. Turns out some people are really that mean, luring idiots like us and using them as bait for the dead so they could live a day longer. Our group had had twelve people when we came here, now it was just me, Harper, John, Jennifer and Hotaru. I wasn’t sure if it was because we were the best adjusted to survive or if it was sheer, blind luck, but the fact that we had an engineer, a doctor and a kick ass killing machine set my mind at ease. Not to mention our very own zombie repellent. Then there was me. Not sure what in my background as a teacher got them to name me leader of our little band of misfits, maybe they’d all had some odd crush on their second grade teacher, but it didn’t matter, not in a world where recognition tended to mean you were the one to die first. I tossed everyone their weapons and sighed. “Remember that small town we saw two miles from here? That’s our first stop. Take everything that might be of use, but don’t take too much, we want to be able to run. Oh, did I mention we’re going on foot?” I said giving them my best shit eating grin, before opening the door and taking off. “Hakuna matata, bitches!”