Yesterday Warner Bros. issued a press release confirming that Zack Snyder’s Batman/Superman’s release date has been delayed from July 17th, 2015 to May 6th, 2016. Some sources are speculating that this delay is due to Batfleck sustaining a leg injury, though there is no official confirmation from the studio.

The delay also means that the Warner Bros. film will be going head to head with an unnamed Marvel film. A very brave move for WB, because let’s be honest they are no Marvel when it comes to making Superhero live action films, they’re a little hit and miss.

Many fans have expressed concerns about what exactly WB are planning for this film. With the confirmation of Wonder Woman – played by Gal Gadot – making an appearance, many a rumour is circulating about other ‘star studded’ players.

Four days ago a flutter of reports suggested Josh ‘Sawyer’ Holloway is been rumoured to have been approached with people suggesting him for the role of Flash or Aquaman, as well as Dwayne ‘The Rock’ Johnson confirming he is in talks with DC – but again no information on a character, though I have my fingers crossed for Cyborg. Even Denzel Washington has been mentioned as John Stewart’s Green Lantern. Again, just to be clear, none of these rumours are ‘official’ but it would seem all they need do is throw in Martian Manhunter and voilà you have a Justice League film. I guess only time will tell. 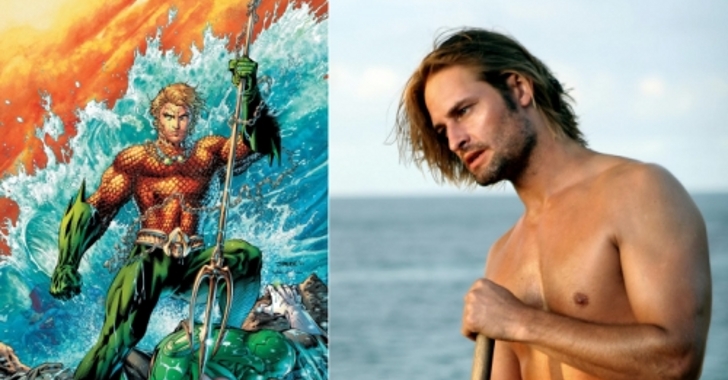 Yes, I can definitely see that.

Here is the official Press Release from Warner Bros. Pictures:

[box_light]Warner Bros. Pictures announced today that the release of Zack Snyder’s untitled Superman/Batman film has been moved to May 6, 2016, allowing the filmmakers time to realize fully their vision, given the complex visual nature of the story. The decision was made following the shift of the start of production to second quarter of this year. The Studio has also set a July 17, 2015, worldwide release date for its as-yet-untitled all-new Peter Pan adventure. Joe Wright will direct the epic live-action film about the boy who would never grow up, created by J.M. Barrie. The dual date announcement was made by Dan Fellman, President, Domestic Distribution, and Veronika Kwan Vandenberg, President, International Distribution, Warner Bros. Pictures.

In making the announcement, Fellman stated, “We are happy to take advantage of these coveted summer dates, which are perfect for two of our biggest tentpole releases. We share the fans’ excitement to see DC Comics’ most popular figures, Superman and Batman, together on the big screen for the first time, which will now be arriving in theatres in May 2016. Peter Pan has delighted people of every generation for more than a century, so we are thrilled to bring him back to the screen next summer for today’s moviegoers.”

Kwan Vandenberg added, “We know that there is already great anticipation building for the next Super Hero film from Zack Snyder, and we are equally eager to see what he has in store for Superman and Batman as they share the big screen for the first time ever. The summer release corridor is also perfect for Joe Wright’s ambitious new Peter Pan adventure, reimagining the ageless story of the beloved and forever-young hero for audiences worldwide.”

Snyder will direct the film from a screenplay written by David S. Goyer, from a story co-created by Goyer and Snyder. Charles Roven and Deborah Snyder are producing, with Benjamin Melniker, Michael E. Uslan and Wesley Coller serving as executive producers.

Editor and occasional writer for Geek Pride! I prefer Star Trek over Star Wars, collect comics and wish I could be a superhero one day. I tabletop RPG as well as a little gaming, design the odd t-shirt now and again, update my Geek Parenting Tumblr and when I have cash to spend (which is rare) I scour the internet for Wonder Woman collectables. Also Doctor Who and Firefly rock!!
You might also like
amy adamsaquamanbatman vs superman