Game over man, game over! Well… for the humans anyway. H.R Giger‘s mass-murdering xenomorph has now set it’s eyeless sights on Android and iOS… and the “Ugly motherfucker” aka The Predator is following suit, in the new title from Fox Digital – Alien vs Predator: Evolution. 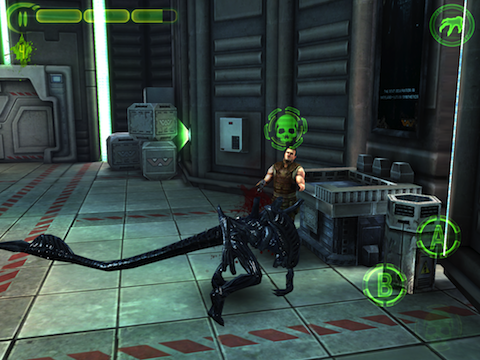 Yes, folks there’s another new game out with it’s feet based in the Alien universe… but this time it’s using the hugely popular Alien vs Predator comicbook world which has spawned a couple of admittedly lacklustre movies. Happily the games have always been alright (although the first Alien vs Predator game on the PC from back in 1999 is still the best of the bunch).

Developer Angry Mob Games are the ones responsible for bringing the game to your mobile devices, though judging by the trailer it doesn’t look too bad (it’s not available in the Play Store in the UK at the time of writing, so I can’t check it out for myself). 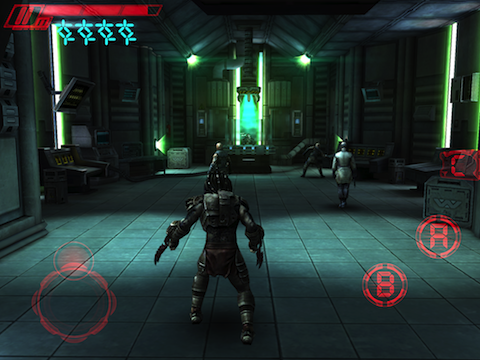 In the game you can take the form of a Facehugger or a “Youngblood”, and as you progress you evolve into a fully-fledged alien killing machine, or a Predator warrior. As an Alien, once grown you’ll have your claws, tail, and protruding mouth-thingy as your primary weapons… and the Predator has access to his collection of technological toys to play with.

You’ll slaughter your way through hordes of marines, but also fight your opposing alien species too. Either way whichever creature you decide to go for, you’ll be able to upgrade their attack abilities and weaponry – each species having it’s own unique traits. Just as an example – Aliens will be able to call Facehuggers to their aid, whereas Predators will have access to proximity mines and net guns etc.

Should you decide to grab this from your respective app store/play store, it’ll set you back $4.99 at the moment. As soon as it becomes available in the UK, I’ll be getting hold of it, and posting a review. Lets just hope it’s better than the reportedly abysmal Aliens: Colonial Marines. *crosses fingers*

Movie and videogame geek, basketball player, guitarist, waffle connoisseur & expert in being a slacking bastard. You'll find me gaming on PS4 as "SpasmicPuppy" most of the time... I'm addicted to Destiny.
You might also like
Alienaliens colonial marinesandroid