The rise of these irritating things seems unstoppable.

You’ve seen them, maybe you have a few of them yourself, but lets face it – you can’t escape from The Funko POP!Vinyl phenomenon. Cute super deformed Japanese “chibi” style take on your favourite superhero / movie / tv / comic book characters and I have to admit first time I saw them I thought they were rather novel; now they are beginning to grate on me.

At nearly every comic book shop, every convention, they’re there staring back at me with that vacant soulless expression. I’ve got friends who go gaga over getting the latest one or even some rare ones; which, according to ebay, can  fetch up to £449.99! This one in particular, A silver, limited edition Batman. (shown below) 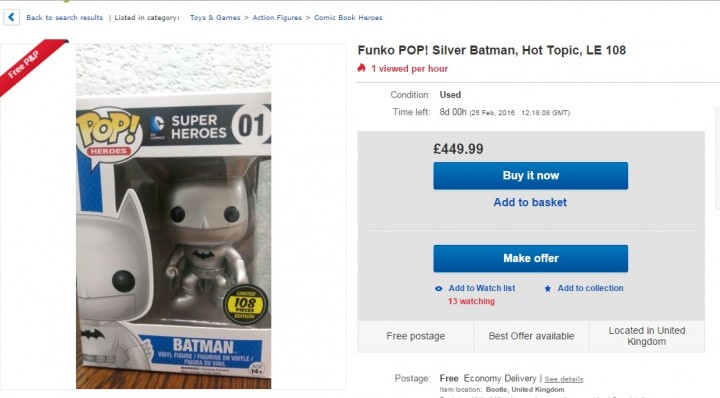 You could travel to America from the UK and back for the same price.

I can see these things going the way of the Beanie Baby toys.

Just on a side note; currently the most expensive Beanie Baby out there on eBay is a limited edition Princess Diana worth a whopping £64,000.00! Think of the things you could buy with £64,000.00!

It seems Funko POP!Vinyl have got their fingers in nearly conceivable franchise from the Marvel Universe to the TMNT and Back to the Future series and everything in between. They have over a thousand licences for merchandising but I guess the straw that broke the camel’s back for me was the introduction of The Golden Girls  toys. Seriously?! Is that something that really needs to be franchised and merched ?!

This is just another example of pop culture eating itself. 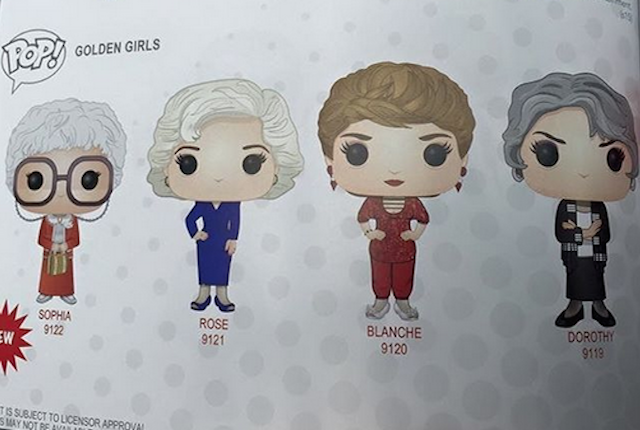 Seriously? Why would a need a toy Bea Arthur?!

OK, I know what you’re thinking…Maybe I’m the one that needs to calm down here; It’s just a matter of taste after all? Fine. Aesthetics are part of my issue with these collectables, but what bugs me is that they are spreading everywhere like some unstoppable zombie virus!

Take my local branch of Forbidden Planet for example; they have two entire rows of these vacant action figures taking up space that was once for serious comic book merch. The way this trend is going there will be no more ACTUAL merch. Just these empty looking  toys in their pristine white boxes.

I know this is a rather bombastic prophecy but it really does seem to be going that way. What’s the point of popping into Forbidden Planet during my lunch break when I know all there’ll be is those bloody dolls? It’s like the characters in Toy Story have been replaced by “pod people” from the Invasion of the Body Snatchers. 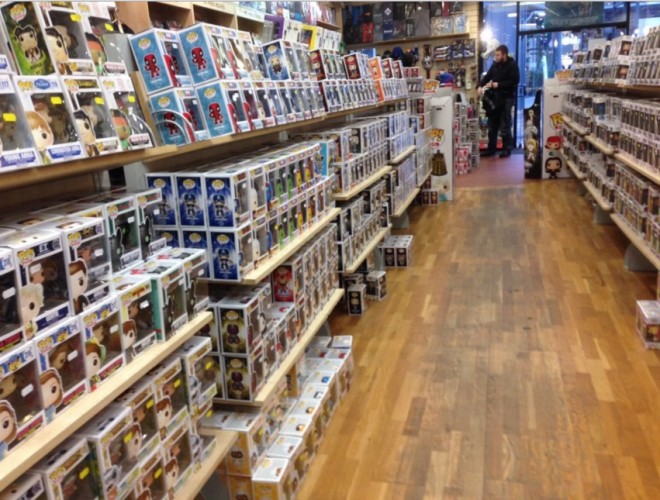 I don’t know what it is that perturbs me so much about them. I guess it’s a combination of their pervasiveness; their over-saturation of the nerd market and the whole overall big headed look of them. Or perhaps it’s the lack of a mouth (The Moomins used to freak me out when I was a kid for that same reason.) At the end of the day, like many things in life I will never understand or “get” (like 90% of most “popular music” for example), these Funko POP!Vinyl are here to stay. Maybe their bubble will burst and they’ll go the way of so many fads of years past like Tamagotchi’s or yo-yos… we can only hope.

So who’s with me on this one? Do you hate these things as much as I do? Am I alone in my sparsely furnished, bare bulb lit room of insanity in thinking this or there others out there that are in agreement? Dozens perhaps! Or should I just grow up and devote more energy to real life issues like the Junior Doctors strike?

As always internet I await your reply with baited breath.

Mark lives in Belfast where he runs a ukulele club, plays board games and watches old TV shows. His interests include Cold War architecture, trawling for vintage toys on eBay and reading Starship schematics on Memory Alpha. He was a finalist on the UK version of King of the Nerds.
You might also like
action figuresBack to the futureChibi