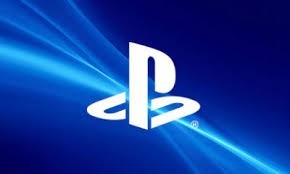 Last week, I was lucky enough to go to Sony’s Summer Showcase event, in London’s Mayfair, where I got the opportunity to see and play some of Sony’s upcoming titles on PS3, PS Vita and PS4.

In the main hall there was a giant screen, showing a video montage of various upcoming releases for all platforms, including; Metal Gear Solid V and Mirror’s Edge 2. There were many others ofcourse, but I don’t remember much after being transfixed on some footage of gothic survival game called Don’t Starve, which I got very excited about. Granted I already have the PC version but I think it will make a great console game.

A bit later, Sony staff were demoing Playroom which uses camera and motion control functions. Guests were able to try it out by interacting with a flying robot, which reminded me of Wheatley from Portal 2, who spawned several mini bots into what appeared to be the area in front of the player; these recognised the player’s gestures, like waving and returned the gesture.  If you ever wanted to have cute robots, like the ones in Batteries Not Included, this may be the closest you’ll get to them for some time. Playroom will apparently come pre-loaded on a PS4 and can also be used with you smartphone, tablet or PS Vita. 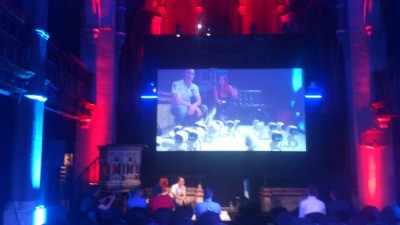 The PS3 areas showed that there’s life left in the old girl yet and had the biggest selection of new titles displayed. They had a couple of games from existing franchises, like  Gran Turismo 6 and Batman: Arkham Origins, both looking indistinguishable from the last ones, however  they’re not the sort of games you are going to see all of the features on in just a few minutes. 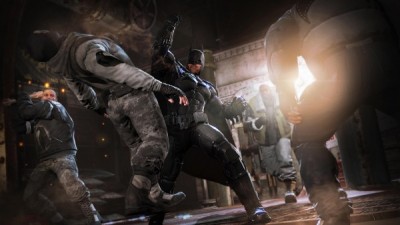 Two new IPs really got my attention though; one being,  Beyond: Two Souls, in which you can switch between 2 characters, one who is used for armed and melee combat, the other who uses telekinetic powers to clear the path when the odds are stacked against them. The second game was Puppeteer, a 2D platformer with 3D effects and a style reminiscent of the Little Big Planet games. The main character, a puppet, can attach different heads ans use them to overcome certain situations, while using a sidekick cat to reveal items. They can be controlled simultaneously, using the left stick to control the main one, while moving the sidekick around with the right stick. Both of these titles show innovation and are definitely on my want list. 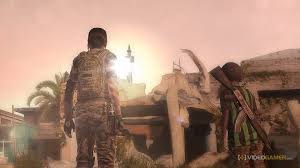 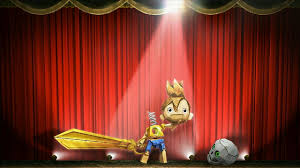 The basement was dedicated to kids’ games with 2 Invizimals titles  (a bit like Pokemon),  Lego Marvel Super Heroes and 2 new Wonderbook tiles; Book of Potions and Walking with Dinosaurs. The PS3 is in need of some more games aimed towards kids and it looks like they’ll have a good selection soon; maybe one of these will tempt them away from Call of Duty. 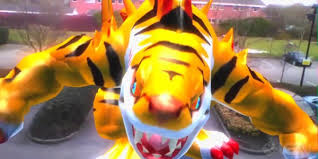 Being a Vita owner, I was quite excited to see what was coming to this platform; however, I was disappointed to just find that there were just a couple of indie games with nothing to tell me even what the titles of them were.  I was hoping to see Media Molecule’s Teraway, but alas, this was not on show. I found out that some of the PS3 kids’ games, including Lego Marvel Super Heroes and the Invizamals games, will also be on the Vita, the latter having a cross play function; no Vita exclusives though.

I got to play on a PS4!…..Touch me! Touch me! However, this area was rammed of course, and I couldn’t get near some of the games, like Infamous: Second Son and  Killzone: Shadow Fall, but I did get to try Knack,  a new 3D platform game, where you control a tiny creature, which turns into a huge monster. There was also new racing IP, Drive Club, which showed some potential but is currently only at pre-alpha stage. 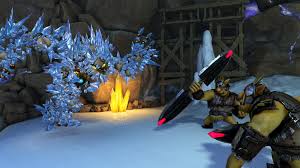 Graphically, all the PS4 games looked very nice, although not exactly jaw-dropping. However, these are early days and so it may take a while before developers learn how to push the machine to it’s limit. The controller, although slightly bigger than the PS3 one, as it has extra features, felt surprisingly comfortable and quite light too. The game I was playing didn’t appear to have any touch pad or motion control functionality, so I can’t comment on that, unfortunately.

While nothing really blew my mind, It was good to see that there will be some promising new IPs and not just new titles in existing franchises.There was something for pretty much everybody, except for perhaps, Vita owners. I was happy to see that there were still a good few strong PS3 titles coming up and it’s a shame that there weren’t more PS4 games on show but it was probably because not many were near enough completion to demo.

I'm a 35 year old, self-confessed media junkie from London. I currently work as a tester in digital media (some say I get paid to watch telly) and also worked as a games tester in the past. I also spend a lot of my spare time watching films and playing video games. Thankfully I have a very understanding wife, who allows me time to do so.
You might also like
Batman: Arkham Originsbeyond two soulsbreaking