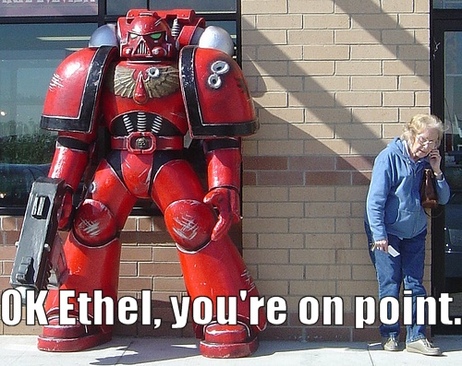 When I was younger I grew up around my older brother playing Games Workshop games as well as Dungeons and Dragons. Geekdom is clearly in my blood, as it wasn’t long before I was collecting and painting (badly) my own Warhammer Armies, and helping my brother by acting as NPCs when he was Dungeon Master. In hindsight, there really was no hope for me…

As I grew up, to my shame I moved away from the hobby I loved and focused more on video games, mainly because I could not keep up with the avalanche of price increases Games Workshop, the then monopolistic wargames-market leader, was imposing, but also because in the 1990s being a geek was just not ‘cool’.

Fast forward 20 years, and I am now old enough and ugly enough to be able to embrace my geekery in all its glory and wear amusing geek-themed T-Shirts with pride. I have therefore, with cajoling of the Geek-Pride lord and master Matt Geary, been delving back into the world of miniature wargames. Times have changed since I left.

When I last played wargames there weren’t that many other wargame companies around. Games Workshop had their chainmailed fist firmly grasped around the wallets of the teenage geek population and there was little to no competition in terms of quality of miniatures, game play and back story.

It seems however that in my absence there has been something of a revolution amongst the people, with the creation of a number of other successful wargames companies producing high quality miniatures and games set in rich and vibrant universes.

The biggest new player seems to be Privateer Press and their Warmachine/Hordes games. These are scalable games from small skirmishes to large tactical battles, using high quality miniatures with an emphasis on armies comprising of larger single miniatures rather than the wave of squads expected from the Warhammer universe. This game also has a very active and well established competitive side with tournaments regularly being played across the UK and beyond. I liked the look of Warmachine and Hordes, but I personally got the feeling that they were the ‘alternative Games Workshop’; milking their fans with regular “must have” releases. I have so far avoided getting too caught up with these games and have tried to focus on the other, smaller, more interesting games that have popped up in my absence.

There are also smaller niche games that are also increasing in popularity. The science fiction game Infinity by Corvus Belli has some of the most stunning and dynamic sculpts i’ve ever seen, and I hear that the game has a fantastic ‘reaction’ dynamic that means it’s always your turn.

Malifaux by Wyrd is another fantastic looking game, with what I would describe as a ‘dark cartoon’ look to their miniatures. Set in an alternative fantasy world, games are story and scenario based, creating awesome and exciting moments that deserve to be written down and recorded for prosperity. Malifaux is currently being reviewed by its designers who have released the beta rules of Malifaux 2.0 online for public consumption. Their entire miniature range is being revamped and released in plastic, which can only increase their already ludicrously high quality. My gaming group have all invested in this one, and we’ll soon get a few games in… just as soon as I get round to finishing some alternative-fantasy terrain. 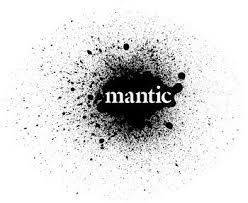 Mantic Games, based in Nottingham have adopted a ‘big scale games for small sale price’ approach with their fantasy based Kings of War game. Their miniatures are getting better and better with each new release, and I highly recommend looking at Dreadball for a futuristic fast paced sports game. The closest equivalent is of course GW’s bloodbowl, but there really are very few similarities! Mantic also seem to be the masters of kickstarter, having raised literally millions in funding for their Dreadball, Loka and Deadzone projects. they also have a very welcoming community of players that I recommend getting involved in. 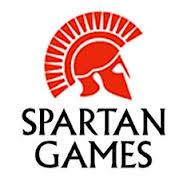 Games Workshop still seem to be the biggest players in the market, but increasing numbers of people are looking to the cheaper, but no less high quality alternatives. I intended on avoiding going back to playing Games Workshop games, as I have read on the internet that in my absence they have become even more expensive, and their games apparently now seem somewhat rushed and unbalanced.

That’s a shame because they do undoubtedly release some stunning miniatures and the back story of their universe is astonishingly deep and varied. I have been, as I said above, cajoled into coming back into the wargaming hobby (well, maybe not cajoled, it didn’t take much if i’m honest!) and I am in the process of dusting off my Dark Eldar and creating a new chapter of space marines. I am much more excited by all of the new smaller companies and their games than I am with Games Workshop and their relentless avalanche of releases.

There will inevitably be some geeks reading this who, like me, fell out of love with wargames at a young age after being taken advantage of by Big GW. My invite to you… come back to the fold! There are now more games and miniature companies than you can feasibly buy paint and play, so you will be spoilt for choice. The variety of choice of games is now huge compared to the 80s and 90s, so there really has never been a better time to either return to the hobby, or start afresh if you’ve never tried before. We now live in the time when the geek rules (I knew it would come eventually) so embrace the hobby you once loved and break out your paintbrushes and dice!