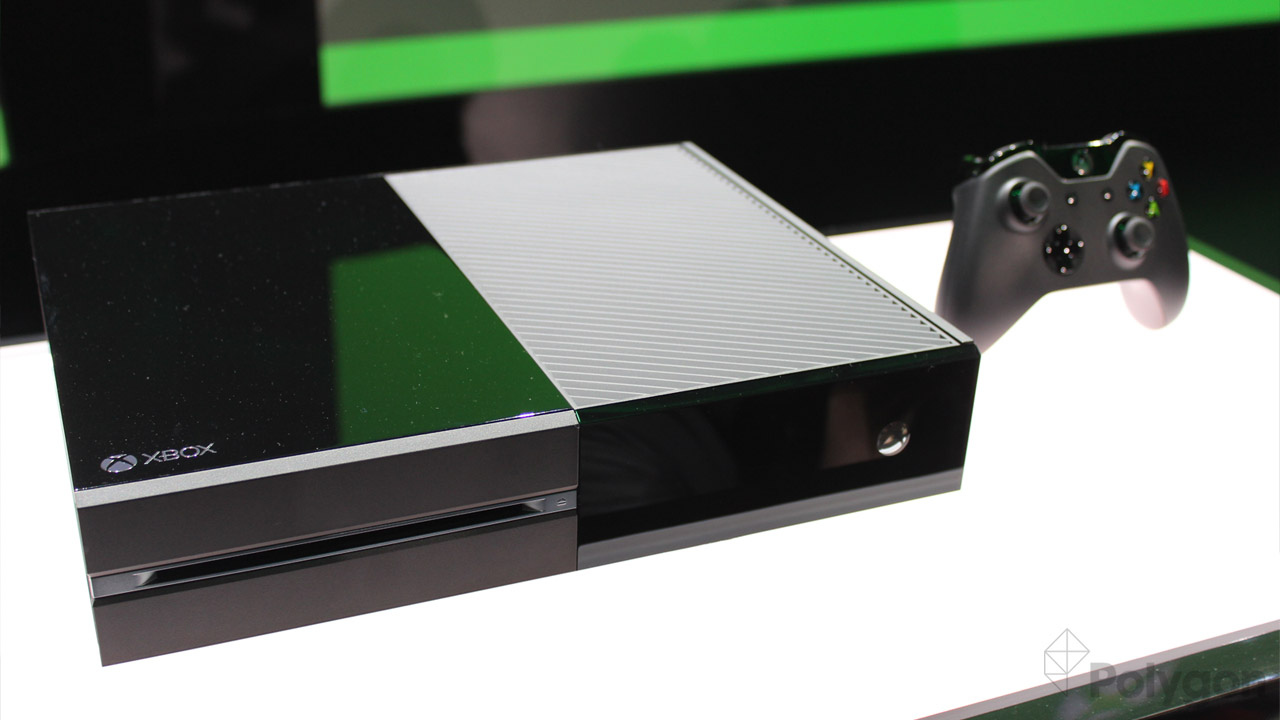 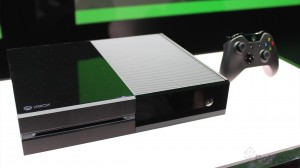 While perusing Internet, I came across an article about the XboxOne that actually made whole hell of a lot of sense. Still not 100% convinced to buy one but here is what he had to say about it, as well as my reactions to some of his responses. The source can not be accurately verified unless I want to call to verify this “I work in Studio A, 40th ave in Redmond, Wa. The thai place in the studio cafeteria has double punch Wednesdays”.

“Think about it, on steam you get a game for the true cost of the game, 5$-30$. On a console you have to pay for that PLUS any additional licenses for when you sell / trade / borrow / etc. If the developer / publisher can’t get it on additional licenses (like steam), then they charge the first person more. […] If we say “Hey publishers, you limit game to 39.99, we ensure every license transfer you get 10$, gamestop gets 20$” that is a decent model… Microsoft gets a license fee on first and subsequent game purchases, compared to just first now? That’s a revenue increase.”

“Everyone and their mother complains about how gamestop fucks them on their trade ins, getting 5$ for their used games. We come in trying to find a way to take money out of gamestop, and put some in developers and get you possibly cheaper games and everyone bitches at MS. Well, if you want the @#$@ing from Gamestop, go play PS4.”

Can we really get upset about this? Most of us don’t make 100k plus a year or have awesome parents that buy us everything we want. Those of us who fall into this category are always stuck getting games second hand or having to work 6 hours just to be able to afford a single game. Granted, right now you can just borrow from friends or use GameFly, but who wants to wait for that anymore? I personally don’t have the patience to wait for snail mail to bring me a new game. With only a few hours to play every week now that I’m an adult, having games on demand from the cloud is an amazing solution. Sorry GameStop. Love you guys but you really do screw us on trade ins. Don’t worry, you’ll survive. People will still play PlayStation.

[box_light]“Living room transformation. We want to own the living room. Every living room TV with an XBox on input one. It’s the thing that gives the signal to your TV, everything is secondary. The future, where games, TV, internet telephony, all that shit happens magically on some huge ass screen with hand / voice gestures… That’s our goal.”[/box_light] 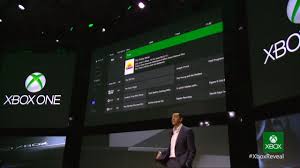 Admit it. You want that too. When they announced the Kinect, we all thought that we were going to get this awesome device that will allow us to control everything with the wave of our hand. We were told it would happen. We didn’t get it then, and now that it has been announced, we are complaining? Why? This is just convenient for those of us who are amazing sofa surfers.

[box_light]“Google TV + PS4 + Minority report level gestures, that combined with a sick second screen experience (which is really hot for TV, I know I know.. tv tv tv tv tv… but it’s fucking sick when you have it). Games will be the same, there are more exclusives to MS then PS atm, and Kinect 2 makes Kinect 1 look like a child’s toy.”[/box_light]

Sorry to break it to you bro, but the Kinect 1 IS a Childs toy. It is inaccurate, creeps people out with it’s constant tracking, has bugs like a mattress at a thrift shop and is just a crappy addition to a great console. When I heard about Kinect, I thought, “great! Now kids will actually have to get up and interact with the game. Instead of pretending to play basketball from their couch, they will actually be playing basketball (in a virtual world) and that could help our obesity problem in America.” Boy was I wrong. Hopefully with the Kinect 2, I can see that become a reality.

[box_light]“Current plan is basically you’re fucked after 24 hours. Yeah… I know. Kind of sucks. I believe they will probably revist the time period and / or find a diff way to “call in” to ensure you haven’t sold your license to gamestop or something… but there is no plan YET. I’m hoping the change it, but I don’t work on that so I don’t have much influence there /sigh”

“If the power goes out you ain’t playing shit. I’m assuming you mean the internet goes out but you have power for TV and Xbox. Yes, You’re fucked for single player games. Again, that’s the PoR (Plan of record), but I expect it to change after the e3 clusterfuck”[/box_light]

They will definitely have to change that. Or here’s an idea…. If you know you are going on vacation somewhere that you can’t take your account with you, call Xbox and let them know. If you can do it with your credit cards, you can do it for your account. I put a hold on my account when my hard drive got stolen. I was worried about my gamer score and rep, not my cc being charged. (Gamer logic, don’t ask.) If you’re going to jail, well you’re fucked anyways so don’t worry about your console. It is meant to protect you and your console if stolen and Microsoft if you sell your console. The 24 hour thing will have to change for those of us who travel without our consoles. And really, who doesn’t use the internet at least once a day?

[box_light]“The cloud capabilities is the shit they like the most. We basically made a huge cloud compute shit and made it free. What people are doing with it is kind of cool. The original intention was to get all the Multiplayer servers not requiring 3rd party costs (Like EA shutting down game servers to cut costs), as well as taking all the games that servers hosted by the clients (Halo, etc), and have all that compute done in the cloud allowing more CPU cycles for gameplay. That will really expand what developers can do. Anything that doesn’t need per frame calculation and can handle 100ms delays can be shifted to the cloud. That’s huge.”[/box_light]

There really isn’t much to say about this except, “Now that’s what I’m talking about!”

[box_light]SmartGlass + IE is going to be pretty freaking sweet. 1 finger cursor, 2 finger direct manip. Basically if you think of a laptop trackpad where your phone/ slate is the trackpad and the monitor is your TV… it’s that. The tech is there, just needs to be applied. There is some really cool shit going on with Petra + controllers that pairs people with controllers. So if person with controller two trades controlers with controller 1, their profiles magically switch. It’s sick. What does this matter? Now if you lean left/right it knows which person is leaning, even if 4 people are all int he same room. It’s awesome.[/box_light]

OK, here’s where you figure out that I only play Xbox. The Kinect 1 SUCKS! With this technology I will gladly have more parties at my place with interactive games. Even at 30 years old, my friends and I still play games together and we are starting to be a little too big to fit in the same “playable area” that is currently offered. Pairing controllers with players will fix so much. If you don’t understand what that means, you probably should read some other stuff about technology first.

[box_light]What fee? There is no fee to play your games at your friends house. Never has, never will. Even x360 digital downloads could do that.[/box_light]

Rumors have circulated that you will have to pay a fee to play games online. Newsflash!!! It’s called an Xbox Live Gold subscription. If you play online, you have one. Stop freaking out. If you want free, go play PlayStation.

[box_light]“Honestly, if you care about anything other then pure games AT ALL. Xbox 1. PS4. If all you do is play games, and nothing else, PS4.”[/box_light]

True story people. As I write this, I have two people still asleep in my house who I have no interest in waking up. I am using my Xbox to stream music while wearing my head set (TB X41’s) and surfing the net to bring you news like this. After this, I will likely play some BioShock then watch some Breaking Bad, all from the same console. Yes I pay for “extras” such as a Slacker premium account, Netflix, and hulu plus, but I use those accounts for a lot of things. Microsoft wanting to “own the living room” sounds creepy, but really, don’t they already offer us a lot in the way of convenience and entertainment? The XboxOne, if delivered as promised, will only make this a better option for people like me, who use their console for several things. 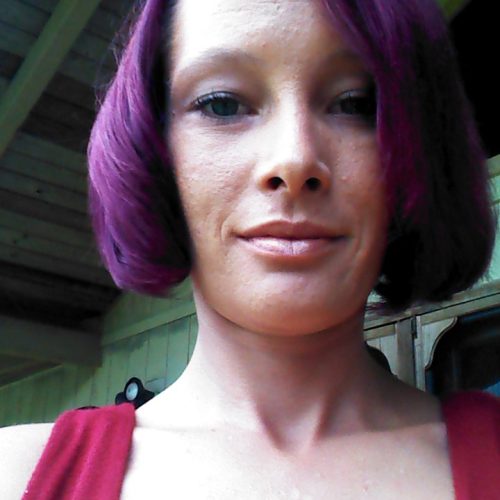