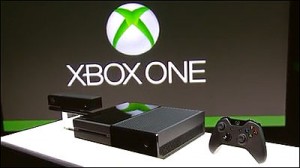 Earlier this week I wrote a piece in response to leaked information which many of you read. (http://www.geek-pride.co.uk/xbox-comes-clean/)

Today I am happy to announce, I told you so. With a recent statement from the president of interactive entertainment of Microsoft, we are looking at XboxOne undergoing a major overhaul. Xbox heard us and is acting upon our feedback/outrage.

“Last week at E3, the excitement, creativity and future of our industry was on display for a global audience.”

“For us, the future comes in the form of Xbox One, a system designed to be the best place to play games this year and for many years to come. As is our heritage with Xbox, we designed a system that could take full advantage of advances in technology in order to deliver a breakthrough in game play and entertainment. We imagined a new set of benefits such as easier roaming, family sharing, and new ways to try and buy games. We believe in the benefits of a connected, digital future.

Since unveiling our plans for Xbox One, my team and I have heard directly from many of you, read your comments and listened to your feedback. I would like to take the opportunity today to thank you for your assistance in helping us to reshape the future of Xbox One.

You told us how much you loved the flexibility you have today with games delivered on disc. The ability to lend, share, and resell these games at your discretion is of incredible importance to you. Also important to you is the freedom to play offline, for any length of time, anywhere in the world.

So, today I am announcing the following changes to Xbox One and how you can play, share, lend, and resell your games exactly as you do today on Xbox 360. Here is what that means:

An internet connection will not be required to play offline Xbox One games – After a one-time system set-up with a new Xbox One, you can play any disc based game without ever connecting online again. There is no 24 hour connection requirement and you can take your Xbox One anywhere you want and play your games, just like on Xbox 360.

Trade-in, lend, resell, gift, and rent disc based games just like you do today – There will be no limitations to using and sharing games, it will work just as it does today on Xbox 360.

In addition to buying a disc from a retailer, you can also download games from Xbox Live on day of release. If you choose to download your games, you will be able to play them offline just like you do today. Xbox One games will be playable on any Xbox One console — there will be no regional restrictions.

These changes will impact some of the scenarios we previously announced for Xbox One. The sharing of games will work as it does today, you will simply share the disc. Downloaded titles cannot be shared or resold. Also, similar to today, playing disc based games will require that the disc be in the tray.

We appreciate your passion, support and willingness to challenge the assumptions of digital licensing and connectivity. While we believe that the majority of people will play games online and access the cloud for both games and entertainment, we will give consumers the choice of both physical and digital content. We have listened and we have heard loud and clear from your feedback that you want the best of both worlds.

Thank you again for your candid feedback. Our team remains committed to listening, taking feedback and delivering a great product for you later this year.”

This comes after mass cries of abandoment from thousands of Xbox fans around the world. The most heavily criticized was the online connection requirement and the no more sharing of games. Even PlayStation got in on the cheap shots, proclaiming that they will not restrict game use or require an internet connection. From what I have read from Microsoft, this will no longer be an issue.

Since the reveal of the XboxOne in May, Microsoft has had to take a long hard look at what they thought was a step in the right direction. Wanting to “Own the living room” is an amazing idea. Maybe we just weren’t ready for it. What they said would be revolutionary when looking at the results from Steam and iTunes, really was amazing but sounds so bad. Requiring players to connect to the Internet once every 24 hours in order to keep the box playing games. You would have to activate each game by registering it on the web before playing. The console would also restrict the way that game discs are traded, borrowed, and shared, limiting the number of people who could own and play each game, and restricting trade-ins on a publisher-by-publisher basis.

It appears this will no longer be an issue. So kudos to Microsoft for listening to their fans and bringing change to what we also see as an amazing piece of technology. I am extremely excited with this news, since I am a die hard Xbox fan. I seriously considered not getting a next gen console because of all the bad connected to the XboxOne. Now I may seriously consider buying one.

Of course we can play the “what if?” game, but why waste our time. It is apparent that Microsoft is listening to us when we voice our concerns with what they are doing.

Brittany Thornton aka The Wookie, lives on the majestic islands of Hawaii. A mother of two up and coming geek daughters. A Whovian, a Tolkien lover, a Trekkie and obviously a fan of Star Wars, you'll usually find her on XboxLive, playing Destiny and getting killed... a lot. Want to win her over? Books, bring books. Food helps too.
You might also like
breakingBrittany Gurkindrm